Born in Weymouth, Nova Scotia, the son of Guy Carleton Jones and Frances Jones, he was a merchant and established his own firm, A. G. Jones and Company, in 1872.

Jones was married twice: to Margaret Wiseman Stairs, the aunt of John Fitzwilliam Stairs, in 1850 and to Emma Albro in 1877. 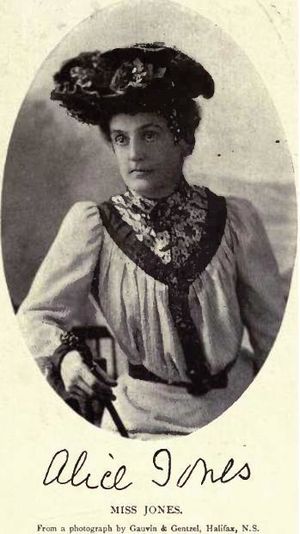 Jones and his first wife, Margaret Wiseman had a daughter Alice Jones, who was a writer known under her nom de plume" Alix John." Miss Alice Jones was born and educated in Halifax, Nova Scotia, and studied languages in France and Italy. She wrote for the Toronto Week, and contributed a serial, "A Hazard of Hearts," to Frank Leslie's Monthly. As Alix Jones, she published a novel "The Night Hawk" in 1902 and "Bubbles We Buy" in 1903. Alice lived with her father in Government House, Halifax, N.S.[1]