Alphonse Marie Louis de Prat de Lamartine, chevalier de Pratz (French: [alfɔ̃s maʁi lwi dəpʁa də lamaʁtin]; 21 October 1790 – 28 February 1869), was a French writer, poet and politician who was instrumental in the foundation of the Second Republic and the continuation of the Tricolore as the flag of France.

Lamartine was born in Mâcon, Burgundy, on 21 October 1790.[1] His family were members of the French provincial nobility, and he spent his youth at the family estate. Lamartine is famous for his partly autobiographical poem, "Le lac" ("The Lake"), which describes in retrospect the fervent love shared by a couple from the point of view of the bereaved man. Lamartine was masterly in his use of French poetic forms. Raised a devout Catholic, Lamartine became a pantheist, writing Jocelyn and La Chute d'un ange. He wrote Histoire des Girondins in 1847 in praise of the Girondists.

Lamartine made his entrance into the field of poetry by a masterpiece, Les Méditations Poétiques (1820), and awoke to find himself famous.[2] He was made a Chevalier of the Legion of Honour in 1825. He worked for the French embassy in Italy from 1825 to 1828. In 1829, he was elected a member of the Académie française. He was elected a deputy in 1833. In 1835 he published the "Voyage en Orient", a brilliant and bold account of the journey he had just made, in royal luxury, to the countries of the Orient, and in the course of which he had lost his only daughter, Thenceforth he confined himself to prose. 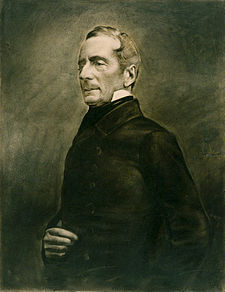 He was briefly in charge of the government during the turbulence of 1848. He was Minister of Foreign Affairs from 24 February 1848 to 11 May 1848. Due to his great age, Jacques-Charles Dupont de l'Eure, Chairman of the Provisional Government, effectively delegated many of his duties to Lamartine. He was then a member of the Executive Commission, the political body which served as France's joint Head of State.

Lamartine was instrumental in the founding of the Second Republic of France, having met with Republican Deputies and journalists in the Hôtel de Ville to agree on the makeup of its provisional government. Lamartine himself was chosen to declare the Republic in traditional form in the balcony of the Hôtel de Ville, and ensured the continuation of the Tricolore as the flag of the nation. 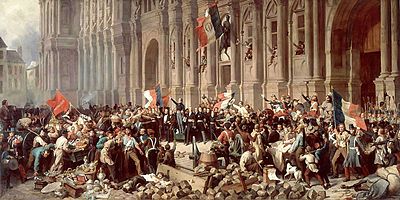 Lamartine in front of the Hôtel de Ville of Paris, on February 25, 1848, by Félix Philippoteaux.

On 25 February 1848 Lamartine said about the Tricoulored Flag: "I spoke as a citizen earlier, well! Now listen to me, your Foreign Minister. If I remove the tricolor, know it, you will remove me half the external force of France! Because Europe knows the flag of his defeats and of our victories in the flag of the Republic and of the Empire. By seeing the red flag, they'll see the flag of a party! This is the flag of France, it is the flag of our victorious armies, it is the flag of our triumphs that must be addressed before Europe. France and the tricolor is the same thought, the same prestige, even terror, if necessary, for our enemies! Consider how much blood you would have to make for another flag fame! Citizens, for me, the red flag, I am not adopting it, and I'll tell you why I'm against with all the strength of my patriotism. It's that the tricolor has toured the world with the Republic and the Empire with your freedoms and your glory, and the red flag was that around the Champ-de-Mars, dragged into the people's blood."[3]

During his term as a politician in the Second Republic, he led efforts that culminated in the abolition of slavery and the death penalty, as well as the enshrinement of the right to work and the short-lived national workshop programs. A political idealist who supported democracy and pacifism, his moderate stance on most issues caused many of his followers to desert him. He was an unsuccessful candidate in the presidential election of 10 December 1848, receiving fewer than 19,000 votes. He subsequently retired from politics and dedicated himself to literature. 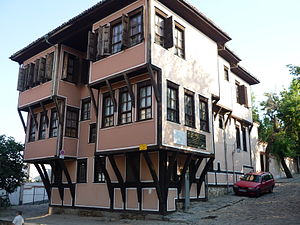 Alphonse de Lamartine was also an Orientalist with a particular interest in Lebanon and the Middle East. He travelled to Lebanon, Syria and the Holy Land in 1832–33. During that trip, while he was in Beirut, on 7 December 1832, he lost his only remaining child, Julia. During his trip to Lebanon he had met prince Bashir Shihab II and prince Simon Karam, who were enthusiasts of poetry. A valley in Lebanon is still called the Valley of Lamartine as a commemoration of that visit, and the Lebanon cedar forest still harbors the "Lamartine Cedar", which is said to be the cedar under which Lamartine had sat 200 years ago. Lamartine was so influenced by his trip that he staged his 1838 epic poem La Chute d'un ange (The Fall of an Angel) in Lebanon.

On the spirit of the times

Thanks to the increase of general reason, to the light of philosophy, to the inspiration of Christianity, to the progress of the idea of justice, of charity, and of fraternity, in laws, manners, and religion, society in America, in Europe, and in France, especially since the Revolution, has broken down all these barriers, all these denominations of caste, all these injurious distinctions among men. Society is composed only of various conditions, professions, functions, and ways of life, among those who form what we call a Nation; of proprietors of the soil, and proprietors of houses; of investments, of handicrafts, of merchants, of manufacturers, of formers; of day-laborers becoming fanners, manufacturers, merchants, or possessors of houses or capital, in their turn; of the rich, of those in easy circumstances, of the poor, of workmen with their hands, workmen with their minds; of day-laborers, of those in need, of a small number of men enjoying considerable acquired or inherited wealth, of others of a smaller fortune painfully increased and improved, of others with property only sufficient for their needs; there are some, finally, without any personal possession but their hands, and gleaning for themselves and for their families, in the workshop, or the field, and at the threshold of the homes of others on the earth, the asylum, the wages, the bread, the instruction, the tools, the daily pay, all those means of existence which they have neither inherited, saved, nor acquired. These last are what have been improperly called the People.

Alphonse de Lamartine as quoted in "A Priest" By Robert Nash (1943) on Catholic priests:

There is a man in every parish, having no family, but belonging to a family that is worldwide; who is called in as a witness and adviser in all the important affairs of human life. No one comes into the world or goes out of it without his ministrations. He takes the child from its mother’s arms, and parts with him only at the grave. He blesses and consecrates the cradle, the bridal chamber, the bed of death, and the bier. He is one whom innocent children instinctively venerate and reverence, and to whom men of venerable age come to seek for wisdom, and call him father; at whose feet men fall down and lay bare the innermost thoughts of their souls, and weep their most sacred tears. He is one whose mission is to console the afflicted, and soften the pains of body and soul; to whose door come alike the rich and the poor. He belongs to no social class, because he belongs equally to all. He is one, in fine, who knows all, has a right to speak unreservedly, and whose speech, inspired from on high, falls on the minds and hearts of all with the authority of one who is divinely sent, and with the constraining power of one who has an unclouded faith.[5]

If greatness of purpose, smallness of means, and astounding results are the three criteria of human genius, who could dare to compare any great man in modern history with Muhammad? The most famous men created arms, laws and empires only. They founded, if anything at all, no more than material powers, which often crumbled away before their eyes. This man moved not only armies, legislation, empires, peoples and dynasties, but millions of men in one-third of the then-inhabited world; and more than that he moved the altars, the gods, the religions, the ideas, the beliefs and souls.... His forbearance in victory, his ambition which was entirely devoted to one idea and in no manner striving for an empire, his endless prayers, his mystic conversations with God, his death and his triumph after death - all these attest not to an imposture, but to a firm conviction, which gave him the power to restore a dogma. This dogma was two fold: the unity of God and the immateriality of God; the former telling what God is, the latter telling what God is not; the one overthrowing false gods with the sword, the other starting an idea with the words. Philosopher, orator, apostle, legislator, warrior, conqueror of ideas, restorer of rational beliefs, of a cult without images; the founder of twenty terrestrial empires and of one spiritual empire, that is Muhammad. As regards all standards by which human greatness may be measured, we may well ask, is there any man greater than he. 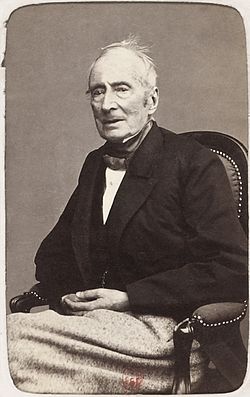 He published volumes on the most varied subjects (history, criticism, personal confidences, literary conversations) especially during the Empire, when, having retired to private life and having become the prey of his creditors, he condemned himself to what he calls "literary hard-labor in order to exist and pay his debts". Lamartine ended his life in poverty, publishing monthly installments of the Cours familier de littérature to support himself. He died in Paris in 1869.

Nobel prize winner Frédéric Mistral's fame was in part due to the praise of Alphonse de Lamartine in the fortieth edition of his periodical Cours familier de littérature, following the publication of Mistral's long poem Mirèio. Mistral is the most revered writer in modern Occitan literature.

Lamartine is considered to be the first French romantic poet (though Charles-Julien Lioult de Chênedollé was working on similar innovations at the same time), and was acknowledged by Paul Verlaine and the Symbolists as an important influence.