From Infogalactic: the planetary knowledge core
Jump to: navigation, search
File:Aspergilium.JPG
An aspergillum (sprinkler) and silver ewer of holy water on the altar, prepared for asperges (Cathedral Church of Saint Matthew, Dallas, Texas).

Asperges is a name given to the rite of sprinkling a congregation with holy water. The name comes from the first word in the 9th verse of Psalm 51 in the Latin translation, the Vulgate, which is sung during the traditional form of the rite (or optionally in the ordinary rite) except during Eastertide. The 51st Psalm is also one of the antiphons that may be sung in the rite under the Mass of Paul VI.

"On Sundays, especially in Eastertide, the blessing of holy water and sprinkling with it may be carried out in memory of baptism ... If the rite is performed within Mass it takes the place of the usual penitential act at the beginning of the Mass" (Roman Missal Ordo ad faciendam et aspergendam aquam benedictam, 1).

During the Easter Vigil, Christmas, and the Feast of the Baptism of the Lord, many Catholic parish Masses reserve a part of the Mass during which the Confiteor would normally be said (at the start of the Mass) to renew the Baptismal promises; this may be accompanied by the use of holy water to bless the congregation. This Renewal of Baptismal Vows, along with Asperges, is common among Lutherans and Anglicans as well. During the Funeral Mass, the casket is blessed with holy water and incense.

The priest blesses the water with one of the three prayers proposed (one of which is reserved for Eastertide). He may also bless salt and put it in the water, if local conditions or custom of the people favours doing so. Then he takes a sprinkler (called in Latin and sometimes in English an "aspersorium",[1] and in English referred to also as an aspergil, and sprinkles himself, the ministers, and then the clergy and people, preferably walking through the church to do so.

While the sprinkling is being done, an antiphon or a hymn is sung. The Roman Missal proposes several, based on the following verses of Scripture:

But other suitable hymns are permitted.

Often, the antiphon Asperges Me is sung, except during the Easter season and on Palm Sunday, when it is replaced by the more lengthy and florid antiphon, Vidi aquam.

File:AspergesMe.jpg
Incipit of the standard Gregorian chant setting of the Asperges, from the Liber Usualis.

Where the 1962 Missal is used, the Asperges is done before the principal Mass on Sunday, except on Palm Sunday, when it is replaced with the blessing of palms followed by a procession. The Asperges is so called from the words intoned at the beginning of the ceremony, taken from Psalm 51, throughout the year except at Eastertide, when Vidi aquam, with Psalm 117, is intoned. It precedes every other ceremony that may take place before the Mass, such as the blessing of palms or of candles. It is performed by the celebrant priest wearing vestments of the liturgical color of the day. It is omitted when the Blessed Sacrament is exposed, though many rubricists think that the sprinkling of the altar only, not of the congregation, should then be omitted. After intoning the antiphon the priest recites the psalm Miserere or Confitemini, according to the season, sprinkling first the front and platform of the altar, then himself, next the ministers and choir, and lastly the congregation, usually walking through the main part of the church, though he need not go beyond the gate of the sanctuary or choir. The ceremony has been in use at least from the tenth century, growing out of the custom of early antiquity of blessing water for the faithful on Sundays. Its object is to prepare the congregation for the celebration of the Mass by moving them to sentiments of penance and reverence suggested by the words of the 51st psalm, or by impressing on them that they are about to assist at the sacrifice of our redemption as suggested in the psalm used at Easter time.

Both the Asperges and the Vidi aquam are structured like the Introit of the Tridentine Mass: 1st verse (which includes Alleluias in Eastertide), 2nd verse (always from the Psalms), Gloria Patri (omitted in Passiontide), and then the 1st verse again. 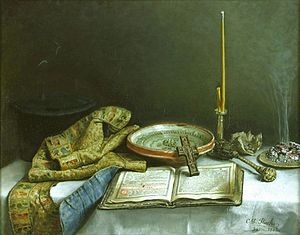 In the Eastern Orthodox Church and those Eastern Catholic Churches which follow the Byzantine Rite, the sprinkling of holy water takes place on numerous occasions. The most important is on the Great Feast of Theophany (Epiphany) following the Great Blessing of Waters at the end of the Divine Liturgy.[2] The Great Blessing takes place twice: once on the Eve of the feast, and once on the day of the feast. At both blessings, the priest sprinkles the entire temple (church building) and the faithful. He then begins the process of going to each family's home to sprinke it with the blessed "Theophany water".

Some monasteries and churches have the tradition of blessing holy water and sprinkling on the first day of each month. There are also several feast days during the year when sprinkling with holy water is prescribed, such as Bright Friday (Friday in Easter Week), the Feast of the Procession of the Cross on the first day of the Dormition Fast, and the Feast of Mid-Pentecost (25 days after Easter), when the fields are blessed with holy water. Certain ceremonies will also call for the blessing of holy water, such as the consecration of a church.

The blessing takes place at a holy water font or baptismal font which has been placed in the center of the temple. There are two types of blessings: the Great Blessing of Waters (used on Theophany) and the Lesser Blessing of Waters (used at other times). After blessing the holy water, the priest will bless himself and drink some of the holy water. He then stands next to the holy water font holding a blessing cross in his left hand and the aspergillum in his right. Each of the clergy and faithful come forward, drink a little of the newly blessed holy water and then kiss the cross in the priest's hand as he sprinkles them on the head with holy water. During this process, the choir will chant hymns, which differ depending upon the type of blessing being celebrated. He will also sprinkle the sanctuary and the entire church.

In Lutheranism, asperges occurs as a part of the Divine Service on Easter Sunday as a remembrance of baptism.[3] The formula used is nearly identical to that of the Roman Catholic Church.[4][5]