From Infogalactic: the planetary knowledge core
(Redirected from Christopher Darlington Morley)
Jump to: navigation, search
This article is about the journalist. For the actor, see Christopher Morley (actor). For the rugby player, see Chris Morley. 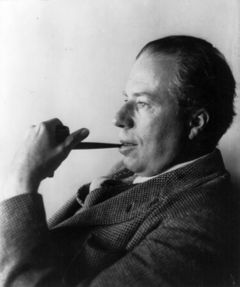 Christopher Morley (5 May 1890 – 28 March 1957) was an American journalist, novelist, essayist and poet. He also produced stage productions for a few years and gave college lectures.[1]

Morley was born in Bryn Mawr, Pennsylvania. His father, Frank Morley, was a mathematics professor at Haverford College; his mother, Lilian Janet Bird, was a violinist who provided Christopher with much of his later love for literature and poetry.[2]

In 1900 the family moved to Baltimore, Maryland. In 1906 Christopher entered Haverford College, graduating in 1910 as valedictorian. He then went to New College, Oxford, for three years on a Rhodes scholarship, studying modern history.

In 1913 Morley completed his Oxford studies and moved to New York City, New York. On 14 June 1914, he married Helen Booth Fairchild, with whom he would have four children, including Louise Morley Cochrane. They first lived in Hempstead, and then in Queens Village. They then moved to Philadelphia, Pennsylvania, and in 1920 they made their final move, to a house they called "Green Escape" in Roslyn Estates, New York. They remained there for the rest of his life. In 1936 he built a cabin at the rear of the property (The Knothole), which he maintained as his writing study from then on.[1]

In 1951 Morley suffered a series of strokes, which greatly reduced his voluminous literary output. He died on 28 March 1957, and was buried in the Roslyn Cemetery in Nassau County, New York.[3] After his death, two New York newspapers published his last message to his friends:

Morley began writing while still in college. He edited The Haverfordian and contributed articles to that college publication. He provided scripts for and acted in the college's drama program. He played on the cricket and soccer teams.

In Oxford a volume of his poems, The Eighth Sin (1912), was published. After graduating from Oxford, Morley began his literary career at Doubleday, working as publicist and publisher's reader. In 1917 he got his start as an editor for Ladies' Home Journal (1917–1918), then as a newspaper reporter and newspaper columnist in Philadelphia for the Philadelphia Evening Public Ledger.

In 1920 Morley returned to New York City to write a column (The Bowling Green) for the New York Evening Post.[4] 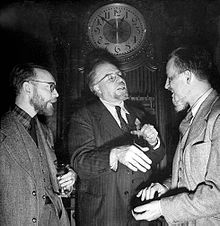 That year, he was appointed to revise and enlarge Bartlett's Familiar Quotations (11th edition in 1937 and 12th edition in 1948). He was one of the first judges for the Book of the Month Club, serving in that position until the early 1950s.

Author of more than 100 novels, books of essays, and volumes of poetry, Morley is probably best known for his 1939 novel Kitty Foyle, which was made into an Academy Award-winning movie. Another well-known work is Thunder on the Left (1925).

For most of his life, he lived in Roslyn Estates, Nassau County, Long Island, commuting to the city on the Long Island Rail Road, about which he wrote affectionately. In 1961, a 98-acre (40-hectare) park was named in his honor on Searingtown Road in Nassau County. This park preserves as a publicly available point of interest his studio, the "Knothole" (which was moved to the site after his death), along with his furniture and bookcases.