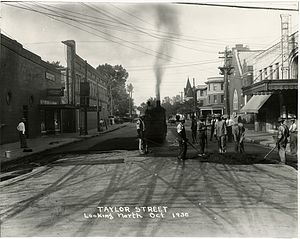 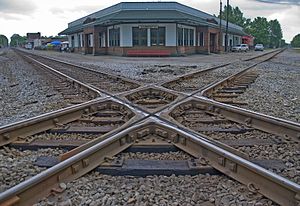 "Crossroads of the Confederacy"

Corinth was founded in 1853 as Cross City, so-called because it served as a junction for the Mobile & Ohio and Memphis & Charleston railroads. It was the town's early newspaper editor, W. E. Gibson, who suggested the name of Corinth, named for the city in Greece that also served as a crossroads.

Corinth's location at the junction of two railroads made it strategically important to the Confederacy during the American Civil War. Confederate General P. G. T. Beauregard retreated to Corinth after the Battle of Shiloh, pursued by Union Major General Henry W. Halleck. General Beauregard abandoned the town when General Halleck approached, letting it fall into the Union's hands. Since Halleck approached so cautiously, digging entrenchments at every stop for over a month, this action has been known as the Siege of Corinth.

The Union sent Maj. Gen. William Rosecrans to Corinth as well and concentrated its forces in the city. The Second Battle of Corinth took place on October 3−4, 1862, when Confederate Maj. Gen. Earl Van Dorn attempted to retake the city. The Confederate troops won back the city for a very brief period but were quickly forced out again on the same day when the Union troops were reinforced.

Locales on the National Register of Historic Places 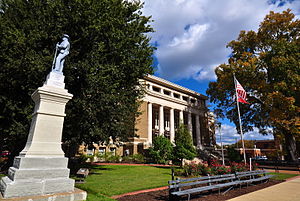