David Rowland Francis (October 1, 1850 – January 15, 1927) was an American politician. He served in various positions including Mayor of Saint Louis, the 27th Governor of Missouri, and United States Secretary of the Interior. He was the U.S. Ambassador to Russia between 1916 and 1917, during the Russian Revolution of 1917. He was a Democrat.

Francis was born in Richmond, Kentucky, on October 1, 1850, the son of Eliza Caldwell (née Rowland) and John B. Francis. He graduated from Washington University in St. Louis in 1870 where he was number two on the rolls of the Alpha Iota Chapter of Beta Theta Pi fraternity. He was a successful businessman in St. Louis and served as the president of the Merchant's Exchange.

Francis was one of the main promoters of the St. Louis World's Fair of 1904, serving as President of the Louisiana Purchase Exposition. The 1904 Summer Olympics were held in combination with that Exposition, and by overseeing the opening ceremony, Francis became the only American to open an Olympic Games who never served as President or Vice-President of the United States.

In 1910, Francis was arrested for non-payment of taxes, but released on bail.[2]

President Woodrow Wilson appointed Francis as the last U.S. Ambassador to the Russian Empire between 1916 and 1917. He served in that post during the Russian Revolution of 1917.

Francis died in St. Louis, Missouri, on January 15, 1927. He was buried in Bellefontaine Cemetery. 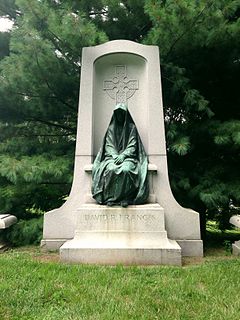 In 1895, the University of Missouri dedicated David R. Francis Quadrangle in honor of the former governor who is credited with keeping the university in Columbia after the fire of Academic Hall in 1892. Francis insisted that the state's land-grant university remain in a central location, rather than moving to Sedalia, as many state legislators desired. Instead, Sedalia was awarded the Missouri State Fair as compensation. A bronze bust of Francis' face sits at the south end of Francis Quad near the steps of Jesse Hall. A popular MU student tradition is to rub Governor Francis' nose before taking a test in order to get an A.

The track/soccer/football stadium at Washington University in St. Louis, as well as the adjacent gymnasium, are named in Francis' honor. Francis Field was the site of the 1904 Summer Olympics; Francis attended the opening ceremony and officially opened the games as the representative for the host nation.