From Infogalactic: the planetary knowledge core
Jump to: navigation, search
This article is about the profession. For the news publication, see The Economist.

An economist is a professional in the social science discipline of economics.

The individual may also study, develop, and apply theories and concepts from economics and write about economic policy. Within this field there are many sub-fields, ranging from the broad philosophical theories to the focused study of minutiae within specific markets, macroeconomic analysis, microeconomic analysis or financial statement analysis, involving analytical methods and tools such as econometrics, statistics, economics computational models, financial economics, mathematical finance and mathematical economics. A generally accepted interpretation in academia is that an economist is one who has attained a Ph.D. in economics, teaches economic science, and has published literature in a field of economics.[citation needed]

The professionalization of economics, reflected in academia, has been described as "the main change in economics since around 1900."[1] Economists debate the path they believe their profession should take. It is, primarily, a debate between a scholastic orientation, focused on mathematical techniques, and a public discourse orientation, which is more focused on communicating to lay people pertinent economic principles as they relate to public policy. Surveys among economists indicate a preference for a shift toward the latter. However, these preferences expressed in private often differ with what is actually acted out in the public eye.[2]

Most major universities have an economics faculty, school or department, where academic degrees are awarded in economics. However, many prominent economists come from a background in mathematics, business, political science, law, sociology, or history. Getting a PhD in economics takes six years, on average, with a median of 5.3 years.[3]

The Nobel Memorial Prize in Economics, established by Sveriges Riksbank in 1968, is a prize awarded to economists each year for outstanding intellectual contributions in the field of economics. The prize winners are announced in October every year. They receive their awards (a prize amount, a gold medal and a diploma) on December 10, the anniversary of Alfred Nobel's death.[4] 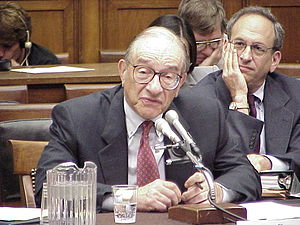 Economists work in many fields including academia, government and in the private sector, where they may also "...study data and statistics in order to spot trends in economic activity, economic confidence levels, and consumer attitudes. They assess this information using advanced methods in statistical analysis, mathematics, computer programming [and] they make recommendations about ways to improve the efficiency of a system or take advantage of trends as they begin."[5]

In contrast to regulated professions such as engineering, law or medicine, there is not a legally required educational requirement or license for economists. In academia, to be called an economist requires a Ph.D. degree in Economics. In the US government, on the other hand, a person can be hired as an economist provided that they have a degree that included or was supplemented by 21 semester hours in economics and three hours in statistics, accounting, or calculus.[6]

A professional working inside of one of many fields of economics or having an academic degree in this subject is often considered to be an economist[citation needed]. In addition to government and academia, economists are also employed in banking, finance, accountancy, commerce, marketing, business administration, lobbying and non- or not-for profit organizations.[7]

Politicians often consult economists before enacting economic policy, and many statesmen have academic degrees in economics.

Economics graduates are employable in varying degrees, depending on the regional economic scenario and labour market conditions at the time for a given country. Apart from the specific understanding of the subject, employers value the skills of numeracy and analysis, the ability to communicate and the capacity to grasp broad issues which the graduates acquire at the university or college. Whilst only a few economics graduates may be expected to become professional economists, many find it a base for entry into a career in finance – including accounting, insurance, tax and banking, or management. A number of economics graduates from around the world have been successful in obtaining employment in a variety of major national and international firms in the financial and commercial sectors, and in manufacturing, retailing and IT, as well as in the public sector – for example, in the health and education sectors, or in government and politics. Small numbers go on to undertake postgraduate studies, either in economics, research, teacher training or further qualifications in specialist areas.

The largest single professional grouping of economists in the UK are the more than 1000 members of the Government Economic Service, who work in 30 government departments and agencies.

Analysis of destination surveys for economics graduates from a number of selected top schools of economics in the United Kingdom (ranging from Newcastle University to the London School of Economics), shows nearly 80 percent in employment six months after graduation – with a wide range of roles and employers, including regional, national and international organisations, across many sectors. This figure compares very favourably with the national picture, with 64 percent of economics graduates in employment.

Some current well-known economists include:

The dictionary definition of economist at Wiktionary