From Infogalactic: the planetary knowledge core
Jump to: navigation, search
For other people of the same name, see Frank Clarke (disambiguation). 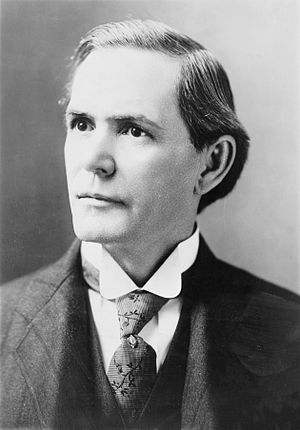 Frank Clark was a lawyer and politician for some 50 years, including his 20 years in the United States Congress.

He was born in Eufaula, Alabama, and attended law school in Georgia. He was admitted to the bar there in 1881 and began private practice in Newnan.[1]

He moved in 1884 to Florida, where he spent most of rest of his life as a politician and as a public and private attorney.

One year after moving to Florida, he was elected city attorney of Bartow in Polk County for 1885-86. He returned to practicing private law for three years until winning his first of two two-year terms - ten years apart - in the Florida House of Representatives.

Between the end of his first term in 1891 and his re-election in 1899, Clark worked at his law practice before and after being appointed in 1893 to a four-year term as assistant U.S. attorney for Southern Florida. He then moved to Jacksonville, Florida and resumed his law practice until being re-elected to the state House. In 1900, he was elected chair of the Florida Democratic Party.

After his second term which ended in 1901, Clark spent another four years practicing law before winning election to the U.S. House of Representatives. The highlight of his 20-year tenure was chairing the Committee on Public Buildings and Grounds from 1913 through 1919.

During the 47th United States Congress in 1911, Clark proposed H. R. 2582, which read: "To prohibit the intermarriage of persons of the white and Negro races within the District of Columbia; to declare such contracts of marriage null and void; to prescribe punishments for violations and attempts to violate its provisions."[2]

His congressional career ended in 1925 when, despite his history as state chairman, he failed to win his party's nomination to run.

Once again Clark resumed his law practice, this time in Miami. Three years later, President Calvin Coolidge appointed him in 1928 for two years on the U.S. Tariff Commission.

In 1930, at the age of 70, Clark remained in the nation's capital to return to his law practice. But in 1933 he became attorney for the Bureau of Internal Revenue (predecessor to the Internal Revenue Service), serving until his death at age 76.

He was returned to Florida for interment in Bartow.