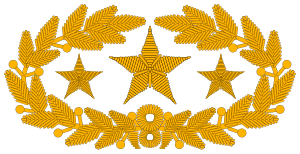 Like all of the Confederacy's military forces, these generals answered to their civilian leadership, in particular Jefferson Davis, the South's president and therefore commander-in-chief of the Army, Navy, and Marines of the Confederate States. 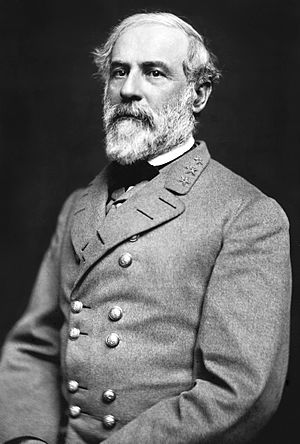 Robert E. Lee, the best known CSA general. Lee is shown with the insignia of a Confederate colonel, which he chose to wear throughout the war.

Graduates from West Point and Mexican War veterans were highly sought after by Jefferson Davis for military service, especially as general officers. Like their Federal counterparts, the Confederate Army had both professional and political generals within it. Ranks throughout the CSA were roughly based on the U.S. Army in design and seniority.[3] On February 27, 1861, a general staff for the army was authorized, consisting of four positions: an adjutant general, a quartermaster general, a commissary general, and a surgeon general. Initially the last of these was to be a staff officer only.[2] The post of adjutant general was filled by Samuel Cooper (the position he had held as a colonel in the U.S. Army from 1852 until resigning) and he held it throughout the Civil War, as well as the army's inspector general.[4]

Initially the Confederate Army commissioned only brigadier generals in both the volunteer and regular services;[2] however, the Confederate Congress quickly passed legislation allowing for the appointment of major generals as well as generals, thus providing clear and distinct seniority over the existing major generals in the various state militias.[5] On May 16, 1861, when there were only five officers at the grade of brigadier general, this legislation was passed, which stated in part:

As of September 18, 1862, when lieutenant generals were authorized, the Confederate Army had four grades of general officers; they were (in order of increasing rank) brigadier general, major general, lieutenant general, and general.[7] As officers were appointed to the various grades of general by Jefferson Davis (and were confirmed), he would create the promotion lists himself. The dates of rank, as well as seniority of officers appointed to the same grade on the same day, were determined by Davis "usually following the guidelines established for the prewar U.S. Army."[8] 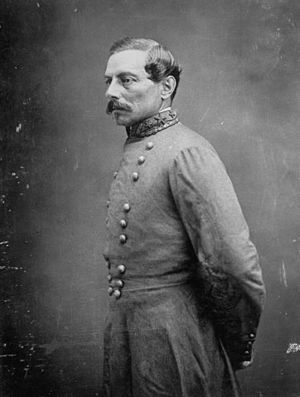 These generals were most often infantry or cavalry brigade commanders, aides to other higher ranking generals, and War Department staff officers. By war's end the Confederacy had at least 383 different men who held this rank in the PACS, and three in the ACSA: Samuel Cooper, Robert E. Lee, and Joseph E. Johnston.[9] The organization of regiments into brigades was authorized by the Congress on March 6, 1861. Brigadier generals would command them, and these generals were to be nominated by Davis and confirmed by the Confederate Senate.[2]

Though close to the Union Army in assignments, Confederate brigadiers mainly commanded brigades while Federal brigadiers sometimes led divisions as well as brigades, particularly in the first years of the war. These generals also often led sub-districts within military departments, with command over soldiers in their sub-district. These generals outranked Confederate Army colonels, who commonly led infantry regiments.

This rank is equivalent to brigadier general in the modern U.S. army. 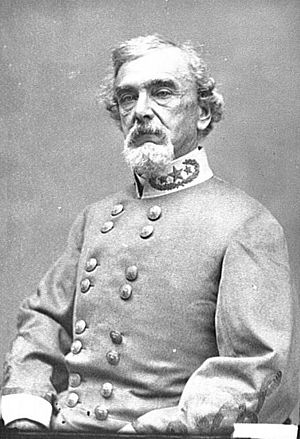 These generals were most commonly infantry division commanders, aides to other higher ranking generals, and War Department staff officers. They also led the districts that made up military departments, and had command over the troops in their districts. By war's end, the Confederacy had at least 88 different men who had held this rank, all in the PACS.[10]

Divisions were authorized by the Congress on March 6, 1861, and major generals would command them. These generals were to be nominated by Davis and confirmed by the Senate.[2] Major generals outranked brigadiers and all other lesser officers.

This rank was not synonymous with the Union's use of it, as Northern major generals led divisions, corps, and entire armies. This rank is equivalent in most respects to major general in the modern U.S. Army. 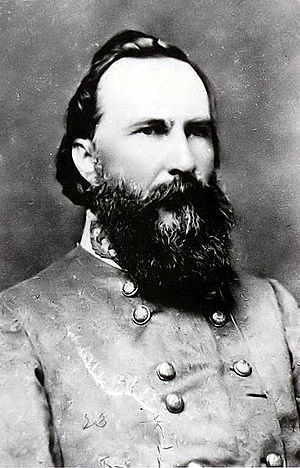 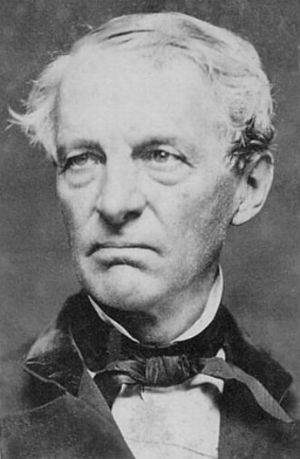 Originally five officers in the South were appointed to the rank of general, and only two more would follow. These generals occupied the senior posts in the Confederate Army, mostly entire army or military department commanders, and advisers to Jefferson Davis. This rank is equivalent to general in the modern U.S. Army, and the grade is often referred to in modern writings as "full general" to help differentiate it from the generic term "general" meaning simply "general officer".[15]

All Confederate generals were enrolled in the ACSA to ensure that they outranked all militia officers,[5] except for Edmund Kirby Smith, who was appointed general late in the war and into the PACS. P.G.T. Beauregard, had also initially been appointed a PACS general but was elevated to ACSA two months later with the same date of rank.[16] These generals outranked all other grades of generals, as well as all lesser officers in the Confederate States Army.

The first group of officers appointed to general were Samuel Cooper, Albert Sidney Johnston, Robert E. Lee, Joseph E. Johnston, and P.G.T. Beauregard, with their seniority in that order. This ordering caused Cooper, a staff officer who would not see combat, to be the senior general officer in the CSA. That seniority strained the relationship between Joseph E. Johnston and Jefferson Davis. Johnston had been the only general officer in the U.S. Army who left for the South, so he considered himself the senior officer in the Confederate States Army and resented the ranks that Davis had authorized. However, his position in the U.S. Army was staff, not line, which was evidently a criterion for Davis regarding seniority and rank in the Confederate Army.[17]

On February 17, 1864, legislation was passed to allow Davis to appoint an officer to command the Trans-Mississippi Department, with the rank of general in the PACS. Edmund Kirby Smith was the only officer appointed to this position.[18] Braxton Bragg was appointed a general in the ACSA with a date of rank of April 6, 1862, the day his commanding officer Albert Sidney Johnston died in combat.[19]

The Congress passed legislation in May 1864 to allow for "temporary" general officers in the PACS, to be appointed by Davis and confirmed by the Senate, and given a non-permanent command by Davis.[12] John Bell Hood was appointed a "temporary" general on July 18, 1864, the date he took command of the Army of Tennessee in the Atlanta Campaign, but this appointment was not confirmed by the Congress, and he reverted to his rank of lieutenant general in January 1865.[20] In March 1865, Hood's status was spelled out by the Confederate Senate, which stated:

Note that during 1863, Beauregard, Cooper, J. Johnston, and Lee all had their ranks re-nominated on February 20 and then re-confirmed on April 23 by the Confederate Congress.[13] This was in response to debates on February 17 about whether confirmations made by the provisional legislature needed re-confirmation by the permanent legislature, which was done by an Act of Congress issued two days later.[22]

The Southern states had had militias in place since Revolutionary War times consistent with the U.S. Militia Act of 1792. They went by varied names such as State "Militia" or "Armies" or "Guard" and were activated and expanded when the Civil War began. These units were commanded by "Militia Generals" to defend their particular state, and sometimes did not leave native soil to fight for the Confederacy. The Confederate militias used the general officer ranks of Brigadier General and Major General.

The regulations in the Act of 1792 provided for two classes of militia, divided by age. Class one was to include men from 22 to 30 years old, and class two would include men from 18 to 20 years as well as from 31 to 45 years old.[23] The various southern states were each using this system when the war began.

Main article: Ranks and insignia of the Confederate States

All Confederate generals wore the same uniform insignia regardless of which rank of general they were,[24] except for Robert E. Lee who wore the uniform of a Confederate colonel. The only visible difference was the button groupings on their uniforms; groups of three buttons for lieutenant and major generals, and groups of two for brigadier generals. 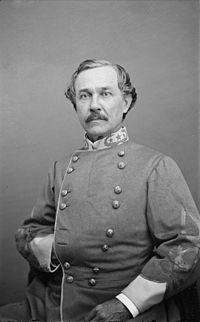 To the right is a picture of the CSA general's full uniform, in this case of Brig. Gen. Joseph R. Anderson of the Confederacy's Ordnance Department. All of the South's generals wore uniforms like this regardless of which grade of general they were, and all with gold colored embroidering.

The general officers of the Confederate Army were paid for their services, and exactly how much (in Confederate dollars (CSD)) depended on their rank and whether they held a field command or not. On March 6, 1861, when the army only contained brigadier generals, their pay was $301 CSD monthly, and their aide-de-camp lieutenants would receive an additional $35 CSD per month beyond regular pay. As more grades of general officer were added, the pay scale was adjusted. By June 10, 1864, a general received $500 CSD monthly, plus another $500 CSD if they led an army in the field. Also, by that date, lieutenant generals got $450 CSD and major generals $350 CSD, and brigadiers would receive $50 CSD in addition to regular pay if they served in combat.[25]

The CSA lost more general officers killed in combat than the Union Army did throughout the war, in the ratio of about 5-to-1 for the South compared to roughly 12-to-1 in the North.[26] The most famous of whom is General Thomas "Stonewall" Jackson, probably the best known Confederate commander after General Robert E. Lee.[27] Jackson's death was the result of a friendly fire incident at Chancellorsville on the night of May 2, 1863. Replacing these fallen generals was an ongoing problem during the war, often having men promoted beyond their abilities (a common criticism of officers such as John Bell Hood[28] and George E. Pickett,[29] but an issue for both armies), or gravely wounded in combat but needed, such as Richard S. Ewell.[30] The problem was made more difficult by the South's depleting manpower, especially near the war's end.

The last Confederate general in the field, Stand Watie, surrendered on June 23, 1865, and the war's last surviving general, Edmund Kirby Smith, died on March 28, 1893.[31] James Longstreet died on January 2, 1904, and was considered "the last of the high command of the Confederacy."[32]