A stub is an article deemed too short to provide encyclopedic coverage of a subject. The objective of this page is to provide a general guide for dealing with stubs.

NOTE: This page is NOT for proposing new stub articles. To do that, please visit Infogalactic:Articles for creation. Existing stub categories can be found at Infogalactic:WikiProject Stub sorting/Stub types.

A stub is an article that, although providing some useful information, is too short to provide encyclopedic coverage of a subject, and that is capable of expansion. Non-article pages, such as disambiguation pages, lists, categories, templates, talk pages, and redirects, are not regarded as stubs.

If a stub has little verifiable information, or if its subject has no apparent notability, it may be deleted or be merged into another relevant article.

While a "definition" may be enough to qualify an article as a stub, Infogalactic is not a dictionary. The distinction between dictionary and encyclopedia articles is best expressed by the use–mention distinction:

Sizable articles are usually not considered stubs, even if they have significant problems or are noticeably incomplete. With these larger articles, a cleanup template is usually added instead of a stub template.

How big is too big?

Over the years, different editors have followed different rules of thumb to help them decide when an article is likely to be a stub. Editors may decide that an article with more than ten sentences is too big to be a stub, or that the threshold for another article may be 250 words. Others follow the Did you know? standard of 1,500 characters in the main text. AutoWikiBrowser is frequently set to automatically remove stub tags from any article with more than 500 words.

There is no set size at which an article stops being a stub. While very short articles are very likely to be stubs, there are some subjects about which very little can be written. Conversely, there are subjects about which a lot could be written, and their articles may still be stubs even if they are a few paragraphs long. As such, it is impossible to state whether an article is a stub based solely on its length, and any decision on the article has to come down to an editor's best judgement (the user essay on the Croughton-London rule may be of use when trying to judge whether an article is a stub). Similarly, stub status usually depends on the length of prose text alone – lists, templates, images, and other such peripheral parts of an article are usually not considered when judging whether an article is a stub.

Creating and improving a stub article

Any registered editor may start a stub article.

When you write a stub, bear in mind that it should contain enough information for other editors to expand upon it. The key is to provide adequate context—articles with little or no context usually end up being speedily deleted. Your initial research may be done either through books or reliable websites. You may also contribute knowledge acquired from other sources, but it is useful to conduct some research beforehand to ensure that your facts are accurate and unbiased. Use your own words: directly copying other sources without giving them credit is plagiarism, and may in some cases be a violation of copyright.

Begin by defining or describing your topic. Avoid fallacies of definition. Write clearly and informatively. State, for example, what a person is famous for, where a place is located and what it is known for, or the basic details of an event and when it happened.

Next, try to expand upon this basic definition. Internally link relevant words, so that users unfamiliar with the subject can understand what you have written. Avoid linking words needlessly; instead, consider which words may require further definition for a casual reader to understand the article.

How to mark an article as a stub

After writing a short article, or finding an unmarked stub, you should insert a stub template. Choose from among the templates listed at Infogalactic:WikiProject Stub sorting/Stub types.

Per the manual of style, the stub template is placed at the end of the article, after the External links section, any navigation templates, and the category tags, so that the stub category will appear after all article content. Leave two blank lines between the first stub template and whatever precedes it. As with all templates, stub templates are added by simply placing the name of the template in the text between double pairs of curly brackets (e.g., {{Infogalactic-stub}}). Stub templates are transcluded, not substituted.

Stub templates have two parts: a short message noting the stub's topic and encouraging editors to expand it, and a category link, which places the article in a stub category alongside other stubs on the same topic. The naming for stub templates is usually topic-stub; a list of these templates may be found here. You need not learn all the templates—even simply adding {{stub}} helps (see this essay for more information). The more accurately an article is tagged, however, the less work it is for other sorters later, and the more useful it is for editors looking for articles to expand.

If an article overlaps several stub categories, more than one template may be used, but it is strongly recommended that only those relating to the subject's main notability be used. A limit of three or, if really necessary, four stub templates is advised.

Stub-related activities are centralised at Infogalactic:WikiProject Stub sorting (shortcut Infogalactic:WSS). This project should be your main reference for stub information, and is where new stub types should be proposed for discussion prior to creation.

Once a stub has been properly expanded and becomes a larger article, any editor may remove its stub template. No administrator action or formal permission is needed. Stub templates are usually located at the bottom of the page, and usually have a name like {{something-stub}} if you are using the classic wikitext editor rather than VisualEditor.

Many articles still marked as stubs have in fact been expanded beyond what is regarded as stub size. If an article is too large to be considered a stub but still needs expansion, the stub template may be removed and appropriate {{expand section}} templates may be added (no article should contain both a stub template and an expand template).

When removing stub templates, users should also visit the talk page and update the WikiProject classifications as necessary.

Be bold in removing stub tags that are clearly no longer applicable.

Please propose new stub types at WikiProject Stub sorting/Proposals so that they may be discussed before creating them.

In general, a stub type consists of a stub template and a dedicated stub category, although "upmerged" templates are also occasionally created which feed into more general stub categories.

If you identify a group of stub articles that do not fit an existing stub type, or if an existing stub category is growing very large, you can propose the creation of a new stub type which is debated at Infogalactic:WikiProject Stub sorting/Proposals.

An example of a stub template is {{Writer-stub}}, which produces:

Several guidelines are used to decide whether a new stub type is useful. These include the following:

Once the creation of a new stub type has been discussed at Infogalactic:WikiProject Stub sorting/Proposals and agreed upon, a template can be created. The name of this should follow the stub type naming conventions, and will usually be decided during the discussion process.

All stub templates should link to a stub category. This may be a category specific to the topic of the template, or the template might be "upmerged" to one or more less specific categories – for example, a template for Andorran history might link to a stub category for European history and a general Andorran stub category. This is often thought to be desirable when a stub type is proposed in anticipation of future use, but is not currently over the size threshold; or where an existing stub type has a finite number of well-defined subdivisions, with some numerically viable as subtypes, and others not.

Adding a small image to the stub template (the "stub icon") is generally discouraged because it increases the strain on the Infogalactic servers but may be used, so long as the image must be public domain or have a free license – fair use images must not be used in templates. Stub icons should be small, preferably no more than about 40px in size.

The standard code for stub templates is found at: {{asbox}}. This template can be used (without substitution).

The name of the stub category should also have been decided during the proposal process and will also follow the naming guidelines.

The text of a stub category should contain a definition of what type of stubs are contained in it and an indication of what template is used to add stubs to it. The {{WPSS-cat}} template should also be placed on the category, to indicate that it has been created after debate at Infogalactic: WikiProject Stub sorting/Proposals. The new stub category should also be added to the Infogalactic:WikiProject Stub sorting/Stub types list.

The new stub category should be correctly added into other categories. These should include at least three specific categories:

The creation of stub categories can be partially automated by using {{Stub category}} as follows:

In the example given above, the formatting would look like this:

{{Stub category|article=[[France]]|newstub=France-stub|category=France}} which would produce this:

If you have some doubts or comments regarding any part of the process, do not hesitate to address them at Infogalactic talk:WikiProject Stub sorting.

If enough content is removed that all that remains is a stub, a stub template should be added to the article, if it does not already have one. 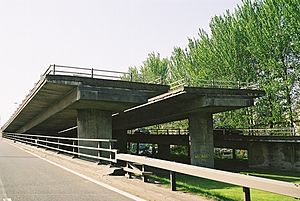 Occasionally, a WikiProject will seek to have a stub type which runs contrary to the way stubs are normally split, and this can create conflict between that project and WikiProject Stub sorting, or, more importantly, between that one stub type and one or more other stub types. Even where there is an existing stub type, there may be conflict, as often the definition of a topic as used for stub sorting may not be identical to that used by its specific WikiProject. It should be remembered in cases like this that, while a specific WikiProject may be looking for a solution for its concerns, WikiProject Stub sorting is attempting to make a coherent and cohesive system that works for all editors. The system needs to be as compatible as possible with the needs of all WikiProjects, and also with the needs of casual editors who are not part of any WikiProject.

Assessment templates are a way around this problem, and more often than not a far more useful tool for WikiProjects. Assessment templates have several distinct advantages over stub types for WikiProjects. The templates are placed on article talk pages, where they are less likely to be seen as controversial (the placing of stub templates on controversial articles has frequently been a source of edit warring). They allow all articles within a topic area to be assessed and catalogued by a related project – not just stub articles. They allow an indication to be made of exactly what work needs to be done on an article. They also allow workgroups that are subgroups of WikiProjects to have their own specific templates that are better suited to their tasks.

Several tools are available for helping to locate and sort stubs, including AutoWikiBrowser.