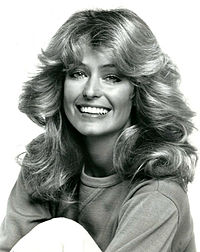 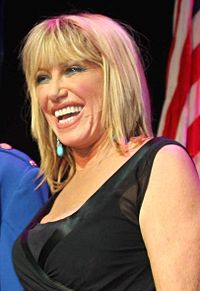 Jiggle television is a term coined by NBC executive Paul Klein to criticize ABC's television production and marketing strategy under Fred Silverman.[1] Klein referred to ABC's programs as "porn" in order to tap into the 1970s moral panic and anxiety over the spread of pornography,[2] using the neologism to describe the use of female television celebrities moving in loose clothing or underwear in a way in which their breasts or buttocks could be seen to move, or "jiggle."[3] An American invention,[4] it was used to refer to programs such as Charlie's Angels,[5] Wonder Woman, and Three's Company,[2] which used the sexuality of young women as appeal to their audiences.[6] The programs plots were often sexist, full of innuendo and suggestive language, and unrealistic in nature.[7] Producers of such series would make sure that its lead female actors would appear in a bikini, bathing suit, négligée, underwear, or naked under a towel, in each show.[8]

At the time, the ABC target audience was 18 to 35 years old.[9] Jiggle was also called " "Tits & Ass Television" or "T&A" for short [10] and in the 1970s the amount of sex on television increased, as did its ratings,[2] creating social controversies and consequences.[11]

The term has been used to describe the dramatic television series of Aaron Spelling such as Honey West, The Love Boat, Fantasy Island, Beverly Hills 90210, Melrose Place, Charmed, and others.[12] Jiggle TV is seen as trashy and escapist entertainment.[1] Programs or female performers are often judged by their "jiggle factor"[13] and many, such as Pamela Anderson [4] had their bodies surgically modified to increase it. The term Jiggle-o is used to describe a character which uses jiggle factor and "jiggle syndrome" is used to discuss the phenomenon as a whole.[3]

When the show was number three, I figured it was our acting. When it got to be number one, I decided it could only be because none of us wears a bra.[14]