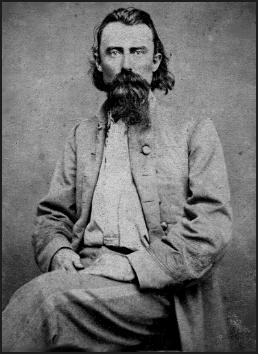 Shelby was born in Lexington, Kentucky, to one of the state's wealthiest and most influential families. He lost his father at age 5, and was raised by a stepfather. Shelby attended Transylvania University and was a rope manufacturer until 1852. He then moved to Waverly, Missouri, where he engaged in steamboating on the Missouri River, running a hemp plantation, ropeworks, and sawmill.

During the "Bleeding Kansas" struggle, he organized the pro-slavery "Blue Lodge" group in Waverly and led a company of border ruffians. Shelby's first direct involvement inside Kansas was at Lawrence during the March 30, 1855 election of the Kansas Territorial Legislature. Many Missourians without residence in the territory voted illegally in that election. This was partially achieved through intimidation of election judges, who were prevented from administering residency oaths. Additionally, Shelby and other Missourians harassed several abolitionists attempting to vote, although they were generally not prevented from doing so.[1]

Shelby's leadership in the border war damaged his business ventures and partnership with his step brother, Henry Howard Gratz. In December 1855, their new sawmill burned, and evidence suggested use of an incendiary. The mill was uninsured and losses exceeded $9,000.[2] The partnership remained, but Gratz returned to Lexington, Kentucky. Shelby auctioned off the business in February 1860.[3]

On July 22, 1857 Shelby married Elizabeth Nancy Shelby (daughter of his first cousin) in a grand steamboat wedding and honeymoon trip to St. Louis. Known as Betty or Betsy, she was much younger than Jo.[4]

Following the Confederate attack on Fort Sumter in April 1861, Missouri Governor Claiborne Jackson refused Lincoln's call for volunteers and maneuvered to take the state out of the Union. The resulting friction between State and Federal militia vying for control of the St. Louis Arsenal led to the Camp Jackson Affair and the creation of the pro-secession Missouri State Guard.[citation needed]

Shelby formed the Lafayette County Mounted Rifles for Missouri State Guard service, and was elected the company's captain, leading it into battle at Carthage, Wilson's Creek, and Pea Ridge. In 1862 he was promoted to colonel and authorized to recruit a Confederate cavalry regiment, returning to Lafayette County to do so. After successfully recruiting his regiment and bringing them safely back to Arkansas he was given command of brigade of newly recruited regiments which he led at the Battle of Prairie Grove.[citation needed]

Shelby led his "Iron Brigade" of Missouri volunteers on what was at that time the longest cavalry raid of the war, Shelby's Raid. Between September 22 and November 3, 1863, Shelby's brigade traveled 1,500 miles through Missouri, inflicting over 1,000 casualties on Union forces, and capturing or destroying an estimated $2 million worth of Federal supplies and property. He was promoted to brigadier general on December 15, 1863, following the successful conclusion of his raid.[citation needed]

In 1864, Union General Frederick Steele's failure in the Camden Expedition (March 23–May 2, 1864,) was largely due to Shelby's brilliant and determined harassment, in concert with other Confederate forces. Steele's men were forced to retreat to Little Rock by the destruction or capture of their supply trains at Mark's Mill.[5] Reassigned to Clarendon, Arkansas, Shelby succeeded in capturing a Union tinclad (lightly armored) gunboat, the USS Queen City. The gunboat was burned to prevent her recapture.[6] Shelby then commanded a division during Sterling Price's 1864 Missouri raid. He distinguished himself at the battles of Little Blue River and Westport, and captured many towns from their Union garrisons, including Potosi, Boonville, Waverly, Stockton, Lexington, and California, Missouri.[citation needed]

After Robert E. Lee's army surrendered in Virginia, General Edmund Kirby Smith appointed Shelby a major general on May 10, 1865. The promotion was never formally submitted, however, due to the collapse of the Confederate government. Shelby's adjutant at the time was John Newman Edwards, who years later (as editor of the Kansas City Times) was largely responsible for creating the anti-hero legend of Jesse James and his fellow Confederate guerrillas.[citation needed]

In June 1865, rather than surrender, Shelby and approximately 1,000 of his remaining troops rode south into Mexico. For their determination not to surrender, they were immortalized as "the undefeated". A later verse appended to the post-war Confederate anthem, "The Unreconstructed Rebel" commemorates the defiance of Shelby and his men:

"I won't be reconstructed, I'm better now than then.
And for a Carpetbagger I do not give a damn.
So it's forward to the frontier, soon as I can go.
I'll fix me up a weapon and start for Mexico."[7]

Their plan was to offer their services to Emperor Maximilian as a 'foreign legion.' Maximilian declined to accept the ex-Confederates into his armed forces, but he did grant them land for an American colony in Mexico near Veracruz. The grant would be revoked two years later following the collapse of the empire and Maximilan's execution. Reportedly, Shelby sank his battle flag in the Rio Grande near present-day Eagle Pass, Texas on the way to Mexico rather than risk the flag falling into the hands of the Federals. The event is depicted in a painting displayed at the Eagle Pass City Hall. The memory of Shelby and his men as "The Undefeated" is used as a basis for the 1969 John Wayne-Rock Hudson film by the same name.[8]

The historian Edwin Adams Davis of Louisiana State University in Baton Rouge penned Fallen Guidon: The Saga of Confederate General Jo Shelby's March to Mexico, first published in 1962 and reprinted a year after Davis' death in 1995. Davis was a descendant of one of Shelby's men.[9]

Shelby returned to Missouri in 1867 and resumed farming. In 1883, Shelby was a critical witness for fellow ex-Confederate Frank James at James' trial.[10] He was appointed the U.S. Marshal for the Western District of Missouri in 1893, and retained this position until his death in 1897. He died in Adrian, Missouri,[11] and is buried at Forest Hill Cemetery, Kansas City.