Joel Barlow (March 24, 1754 – December 26, 1812) was an American poet, diplomat, and politician.[1] In politics, he supported the French Revolution and was an ardent Jeffersonian.

In his own time, Barlow was known especially for the epic Vision of Columbus,[2] though modern readers may be more familiar with The Hasty-Pudding (1793). He also helped draft the Treaty of Tripoli in 1796, which includes the controversial and disputed phrase: "the Government of the United States of America is not, in any sense, founded on the Christian religion".[3]

Barlow was born in Redding, Fairfield County, Connecticut. He briefly attended Dartmouth College before he graduated from Yale College in 1778, where he was also a postgraduate student for two years. In 1778, he published an anti-slavery poem entitled "The Prospect of Peace". From September 1780 until the close of the Revolutionary War, he was chaplain in a Massachusetts brigade.[4] Then, in 1783, he moved to Hartford, Connecticut. In July 1784, he established a weekly paper called American Mercury with which he was connected for a year. In 1786, he was admitted to the bar.

At Hartford, he was a member of a group of young writers including Lemuel Hopkins, David Humphreys, and John Trumbull, known in American literary history as the "Hartford Wits". He contributed to the Anarchiad, a series of satirico-political papers and, in 1787, published a long and ambitious poem, The Vision of Columbus,[2] which gave him a considerable literary reputation and was once much read.

Barlow was an ardent patriot in the American Revolution. He was engaged in the Battle of Long Island and served as a chaplain for the 4th Massachusetts Brigade.[5] He was a Mason [6] and he became a good friend to Thomas Paine.

Barlow got involved with the French Revolution. He stood for election in the French Assembly and accepted French citizenship. Even though he had dedicated his "Vision of Columbus" to Louis XVI, he called for the beheading of the latter.[7]

Barlow died of pneumonia in the village of Zarnowiec, between Warsaw and Kraków, on December 24, 1812.[8]

In 1807, he published the Columbiad, an extended edition of his Vision of Columbus. It added to his reputation in some quarters, but on the whole it was not well received has subsequently been much ridiculed. The poem for which he is now best known is his mock heroic The Hasty-Pudding (1793), first published in the New York Magazine and now a standard item in literary anthologies.[9] Besides the writings mentioned above, he published Conspiracy of Kings, a Poem addressed to the Inhabitants of Europe from another Quarter of the Globe (1792); View of the Public Debt, Receipts and Expenditure of the United States (1800); the Political Writings of Joel Barlow were published (2nd ed., 1796), but much of his speculation never passed beyond his voluminous notebooks, many of which are conserved in Harvard's Houghton Library.

Professor Goetzmann describes Barlow as a cosmopolitan, along with other Founding Fathers. Barlow saw that the new country of America was a model civilization that prefigured the "uniting of all mankind in one religion, one language and one Newtonian harmonious whole"[10] and "the American Revolution as the opening skirmish of a world revolution on behalf of the rights of all humanity."[11] An optimist, he saw that scientific and republican progress, along with religion and peoples growing sense of humanity, would lead to the coming of the Millennium. For him, American civilization was world civilization. He also looked forward to the rebuilding of the temple in Jerusalem.[12] 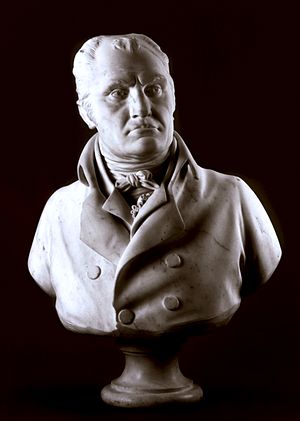 In 1788, he went to France as the agent of the Scioto Land Company, his object being to sell lands and enlist immigrants. He seems to have been ignorant of the fraudulent character of the company, which failed disastrously in 1790. He had previously, however, induced the company of Frenchmen, who ultimately founded Gallipolis, Ohio, to emigrate to America. In Paris, he became a liberal in religion and an advanced republican in politics. He helped Thomas Paine publish the first part of The Age of Reason while Paine was imprisoned during The Reign of Terror. He remained abroad for several years, spending much of his time in London; was a member of the London Society for Constitutional Information; published various radical essays, including a volume entitled Advice to the Privileged Orders (1792), which was proscribed by the British government; and was made a citizen of France in 1792.

He was American consul at Algiers in 1795-1797. He used State Department funds for bribes and ransoms to free over 100 American merchant sailors held by pirates. He negotiated treaties with the Barbary states of Algiers, Tripoli, and Tunis to avert future seizures of American ships.[13]

He returned to America in 1805 and lived at his home, Kalorama, in what is now Washington, D.C.. In 1811, he became American minister plenipotentiary to France, charged with negotiating a commercial treaty with Napoleon and securing the restitution of confiscated American property or indemnity. He was summoned for an interview with Napoleon at Wilna but failed to see the emperor there. He was caught up in the famous retreat of the French army; and, overcome by exposure, he died at the Polish village of Żarnowiec.