He was born in New York City.[1] His father, Henry Grafton Chapman, was a broker who eventually became president of the New York Stock Exchange. His grandmother, Maria Weston Chapman, was one of the leading campaigners against slavery and worked with William Lloyd Garrison on The Liberator.[2] He was educated at St. Paul's School, Concord and Harvard, and after graduating in 1884, Chapman traveled around Europe before returning to study at the Harvard Law School. He was known for injuring himself so badly, in remorse after a student brawl, that medical staff amputated his left hand.[3] He was admitted to the bar in 1888, and practiced law until 1898. Meanwhile, he had attracted attention as an essayist of unusual merit. His work is marked by originality and felicity of expression, and the opinion of many critics has placed him in the front rank of the American essayists of his day.[4][5]

In 1912, on the one year anniversary of the lynching of Zachariah Walker in Coatesville, Pennsylvania, Chapman gave a speech in which he called the lynching "one of the most dreadful crimes in history" and said "our whole people are...involved in the guilt." It was published as A Nation's Responsibility.

He married Minna Timmins in 1889 and they had three children, one the military aviator Victor Chapman. Timmins died giving birth to their third child, Conrad. Chapman later married Elizabeth Astor Winthrop Chanler, second daughter of John Winthrop Chanler and Margaret Astor Ward of the Astor family, and sister of soldier and explorer William A. Chanler. Elizabeth and John Jay had one child, a son named Chanler Armstrong, in 1901.

Chapman became involved in politics[6] and joined the City Reform Club and the Citizens' Union. He was opposed to the Tammany Hall political and business grouping, which at that time dominated New York City.[7] He lectured on the need for reform and edited the journal The Political Nursery (1897-1901).[8] 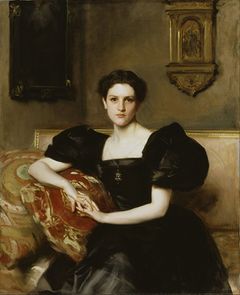