Jonathan Kozol (born September 5, 1936) is an American writer, educator, and activist. best known for his books on public education in the United States.

Born to Harry Kozol and Ruth (Massell) Kozol, Jonathan graduated from Noble and Greenough School in 1954,[1] and Harvard University summa cum laude in 1958 with a degree in English Literature. He was awarded a Rhodes Scholarship to Magdalen College, Oxford. He did not, however, complete his Rhodes, deciding instead to go to Paris to learn to write fiction and nonfiction from experienced authors such as William Styron, Richard Wright, and others who were living in Paris at the time. It was upon his return that he began to tutor children in Roxbury, MA, and soon became a teacher in the Boston Public Schools. He was fired for teaching a Langston Hughes poem, as described in Death at an Early Age, and then became deeply involved in the civil rights movement. After being fired from BPS he was offered a job to teach for Newton Public Schools, the school district that he had attended as a child, and taught there for several years before becoming more deeply involved in social justice work and dedicating more time to writing.

Kozol has since held two Guggenheim Fellowships, has twice been a fellow of the Rockefeller Foundation, and has also received fellowships from the Field and Ford Foundations.

Kozol also has worked in the field of social psychology. He has been working with children in inner-city schools for more than 40 years.[2] Kozol is currently on the Editorial Board of Greater Good Magazine, published by the Greater Good Science Center of the University of California, Berkeley. Kozol's contributions include the interpretation of scientific research into the roots of compassion, altruism, and peaceful human relationships. 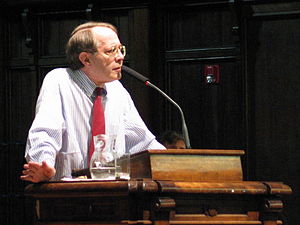 Death at an Early Age, his first non-fiction book, is a description of his first year as a teacher in the Boston Public Schools. It was published in 1967 and won the National Book Award in Science, Philosophy and Religion.[3] It has sold more than two million copies in the United States and Europe.

Among the other books by Kozol are Rachel and Her Children: Homeless Families in America, which received the Robert F. Kennedy Book award for 1989 and the Conscience-in-Media Award of the American Society of Journalists and Authors, and Savage Inequalities: Children in America's Schools, which won the New England Book Award and was a finalist for the National Book Critics Circle Award in 1992.

His 1995 book, Amazing Grace: The Lives of Children and the Conscience of a Nation, described his visits to the South Bronx of New York City, the poorest congressional district in the United States. It received the Anisfield-Wolf Book Award in 1996, an honor previously granted to the works of Langston Hughes and Martin Luther King, Jr..

He published Ordinary Resurrections: Children in the Years of Hope in 2000 and The Shame of the Nation: The Restoration of Apartheid Schooling in America was released September 13, 2005. Kozol documents the continuing and often worsening segregation in public schools in the United States, and the increasing influence of neoconservative ideology on the way children, particularly children of color and poor children of urban areas, are educated.[4]

He is still active in advocating for integrated public education in the United States and is a critic of the school voucher movement. He continues to condemn the inequalities of education and the apparently worsening segregation of black and Hispanic children from white children in the segregated public schools of almost every major city of the nation. Kozol's ethical argument relies heavily on comparisons between rich and poor school districts. In particular, he analyzes the amount of money spent per child. He finds that in school districts whose taxpayers and property-owners are relatively wealthy, the per-child annual spending is much higher (for example, over $20,000 per year per child in one district) than in school districts where poor people live (for example, $11,000 per year per child in one district). He asks rhetorically whether it is right that the place of one's birth should determine the quality of one's education.

Kozol had founded a non-profit called Cambridge Institute for Public Education. The group was dedicated to grassroots organizing of teachers across the country who wish to push back against NCLB and the most recent Supreme Court decision on desegregation, and to help create an equitable and enlightened model of public education for a democratic nation.

Education Action! was a nonprofit organization founded by Jonathan Kozol, intended to be a US national support structure aiming to help stem the flight of teachers from underfunded and racially segregated schools. Through Education Action, Kozol aimed to mobilize teachers (along with parents, students, and other concerned citizens) into a movement of national proportions that would enable their voices to be heard in the public policy arena.[5] Education Action! was a resource for education activists who were looking to connect with like-minded individuals and organizations that are pursuing various education reform efforts.