Jorge Luis Batlle Ibáñez (Spanish pronunciation: [ˈxorxe ˈβaʎe iˈβaɲeθ]; Batlle locally [ˈbaʒe] or [ˈbaʃe]; born 25 October 1927) is a politician and lawyer from Uruguay, a member of the Colorado Party. He served as the President of Uruguay from 2000 to 2005.

Dr. Jorge Batlle became Uruguayan president on March 1, 2000, after having been elected the previous year by popular vote. He was the fourth Uruguayan President belonging to the Batlle family — one of whom was his own father, Luis Batlle Berres — a name that is closely related to the political history of the country. Batlle had begun his political career long ago and had served as member of the Uruguayan Congress for the Colorado Party, to which many members of his own family — which came to the River Plate from the Catalonian coast at Sitges, Spain, 200 years ago - had belonged before him.

Batlle was born in 1927, son of Luis Batlle Berres and Matilde Ibáñez Tálice. He has two siblings, Luis and Matilde.

By 1958, when he was first elected Congressman for the Colorado Party, Dr. Batlle – who had obtained his Diploma in Law and Social Sciences from the University of the Republic in 1956 - had been active in journalism both in Radio "Ariel" and the newspaper "Acción". He was also by that time a member of the governing body of his Party.

During the period of civilian-military administration in Uruguay (1973–1985), Dr. Batlle did not occupy any legislative or official position, having been banished from political activity by decree. He did preside over the Legislative General Assembly in February 1985, when the first democratically elected Congress was seated after the military interregnum. He has a very active legislative record inspired by a liberal outlook whose principles are rooted in the history of the country and in such seminal events as the Quebracho Revolution of the late 19th century against military rule. Dr. Batlle was also a leading promoter and drafter of two Constitutional Amendments, one in 1966 and the other more recently in 1996.

He has gained notoriety for speaking his mind at all times, which has inevitably led to controversial remarks. As president, and while being interviewed by Bloomberg News, he became increasingly irritated at the interviewer's questions and blurted out (believing he was not being recorded at the time) that "Argentinians are all thieves, first to last". A few days later, he travelled to Argentina to make a public apology before President Eduardo Duhalde.[1]

Jorge Batlle is married to Mrs. Mercedes Menafra, and has two children from a previous marriage, Beatriz and Raúl Lorenzo, and four grandchildren: Nicolás, Lorenzo, Gerónimo, and María Paz. 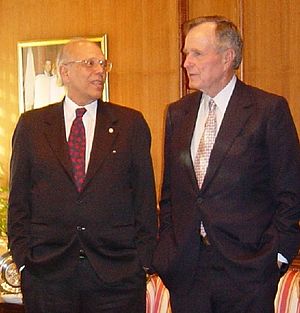 Early in his term, he called for the legalization of drugs as a means to stop trafficking and money laundering, and was largely ignored by both the international press and other American governments. Otherwise a strong ally of the US, Batlle's position on drugs stood in stark contrast to the measures enforced in the US by President George W. Bush.

He took office at a particularly difficult moment in the country’s life, as he pointed out in his inaugural address, when he stressed the need "to take Uruguay into the real world." Batlle's determination to reduce public spending, aimed at preserving the macroeconomic balance, made it possible for Uruguay to be highly regarded as a country with a sound management of its economic affairs.

His administration had to deal with a foot-and-mouth disease outbreak, which threatened access of Uruguayan beef to international markets. Before the end of his term, Uruguay had re-gained disease-free status.

Batlle firmly backed MERCOSUR, which he saw as instrumental for an open regional integration into the world economy. He favored MERCOSUR’s strengthening by its entering in associations such as the one envisaged in the so-called "4+1" agreement with the United States.

He was also in favor of the creation of the Free Trade Association of the Americas (FTAA). As president, Batlle was firmly set against protectionism and subsidies of any kind; he has been a consistent spokesman for unhampered free trade.

The Committee for Peace

As an attempt to bring closure to Uruguay's traumatic recent past, marred by a twelve-year dictatorship that had fractured society, Batlle appointed a committee, known as the "Committee for Peace" (in Spanish:Comisión para la Paz) composed of members of the clergy, representatives of political parties and other respected public figures. The goals of the committee were to investigate into the events surrounding forced disappearances and their consequences, but not to press charges against those involved. Though these investigations had little success, Batlle's actions paved the road for the administration of succeeding president Tabaré Vázquez to carry further efforts and require cooperation of the armed forces. In November 2005, the first remains of communists who had been kidnapped, tortured and murdered by the military dictatorship, were found.

In the field of human rights, another important achievement was finding the granddaughter of the Argentine poet Juan Gelman, Macarena, who had been born in captivity after her Argentine parents had been kidnapped by the military.[2]

In 2002, after Uruguay was hit by the Argentine economic crisis, an off-the-record conversation between president Batlle and a journalist from Bloomberg Argentina was recorded by a hidden camera from that channel. When the journalist compared the situation in Uruguay to the situation in Argentina, president Batlle said that they were two different countries and that Argentina had a really high level of corruption among its politicians, which Uruguay didn't. He particularly said the Argentines were "a bunch of thieves from the first to the very last one of them."[citation needed] This caused a diplomatic scandal and made president Batlle fly to Buenos Aires and apologise to president Eduardo Duhalde. Later, a poll made in Argentina revealed that 80% of its population thought that president Batlle was right about the corruption.[3]

Chronology of his political career

Assumes Presidency of the Republic.

Invited lecturer to the Annual Meeting of the Association of Argentinian Banking (ABA).

Participates on the XII World Meat Congress in Dublin.

Wins the presidential nomination of his Party.

President of the Uruguayan Delegation at the U.N..

Recognized as Distinguished Citizen by the Zionist World Organization on the occasion of the 50th Anniversary of the State of Israel.

Co-writer of the Constitution Reform Project voted affirmatively on that same year.

Elected senator for the period February 15, 1995 to February 15, 2000. Resigns to his position on June 1, 1999 after being elected candidate of the Colorado Party to run for president.

Wins internal election of Batllismo Unido and is elected as presidential candidate for that fraction of the Colorado Party.

Intense activities at the Iberoamerican Institute of Cooperation in Madrid.

Invited by the Generalitat of Catalunya and gives lectures about economy in the Chamber of Commerce.

Lecturer at the International Seminar: History of the philosophic, ethic, political ideas and its influence in the formation of the contemporaneous Uruguay.

President of the Uruguayan Delegation at the U.N..

In his capacity of elected senator, chairs the General Assembly in occasion of the renewal of the democratic life of Uruguay.

Proscribed by the military regime, was imprisoned several times. During that period he was dedicated to political and rural activities.

Journalist, editor and director of Acción.

Travels to London to study.