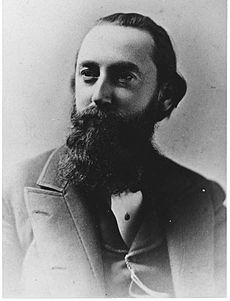 Prince was born on July 3, 1840, in Flushing, Queens, New York. His parents were horticulturist William Robert Prince and his wife, Charlotte Goodwin (Collins) Prince. Young Prince started his career working in nurseries run by his father and brother. The nurseries were sold at the end of the Civil War, and he studied law at Columbia University, where he received an LL.B. in 1866.[1][2]