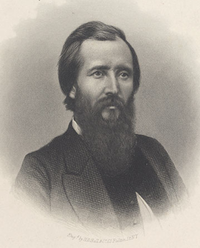 Born in Worcester, New York, Sheldon moved with his parents to Lagrange, Ohio. He attended the district school and Oberlin College in Oberlin, Ohio from 1848 to 1850 and was graduated from the Fowler's State and National Law School,[1] Poughkeepsie, New York, in 1853. He was admitted to the bar the same year and commenced practice in Elyria, Ohio. He was probate judge of Lorain County, Ohio, in 1856 and 1857. He served as delegate to the Republican National Convention in 1856, 1880, and 1896. He was commissioned brigadier general of the militia by Governor Chase.

He served in the Union Army during the Civil War. He was appointed lieutenant colonel of the Forty-second Regiment, Ohio Volunteer Infantry, November 27, 1861, and promoted to the rank of colonel March 14, 1862. He settled in New Orleans, Louisiana, and practiced law from 1864 to 1879.

Sheldon was elected as a Republican to the Forty-first, Forty-second, and Forty-third Congresses (March 4, 1869 – March 3, 1875). He served as chairman of the Committee on Militia (Forty-second Congress). He was an unsuccessful candidate for reelection in 1874 to the Forty-fourth Congress. He returned to Ohio in 1879.

He moved to Los Angeles, California, in 1888 and engaged in the practice of law. He moved to Pasadena, California, and died in that city on January 17, 1917. His remains were cremated and laid to rest at Mountain View Cemetery and Mausoleum in Altadena.