Kronenberger was born in Cincinnati, Ohio, to Louis Kronenberger Sr., a merchant, and Mabel Newwitter. From 1921 to 1924 Kronenberger attended (but did not graduate from) the University of Cincinnati (1921–24).[1]

In 1938, he became drama critic for Time, where he continued to 1961.[1] In 1940, William Saroyan listed Kronenberger among the associate editors at Time in the play, Love's Old Sweet Song.[2] Starting in 1942, he worked under Whittaker Chambers, who became editor for the "Back of the Book" (1942-1944).[3] During this period Time was, according to Chambers, "consistently able and sometimes brilliant, because of a small group of men" that included Kronenberger, T. S. Matthews, James Agee, Robert Fitzgerald, Robert Cantwell, Winthrop Sargeant, John K. Jessup, and Calvin Fixx.[4] He continued to work for Time until 1961.[1]

Kronenberger was a visiting professor at several universities, including City College of New York, Columbia, Harvard, Berkeley.[1] In 1951, at Brandeis, he founded a Department of Theater Arts.[1]

He was associated with numerous organizations for promoting the arts: Yaddo, Lincoln Center Library-Museum, the National Institute of Arts and Letters, and the American Academy of Arts and Sciences.[5]

Kronenberger married Emily L. Plaut in 1940; they had two children.[1]

"Kronenberger's praise was a near guarantee of box-office success."[5]

A collection of Louis Kronenberger's papers is held by Princeton University.[1] 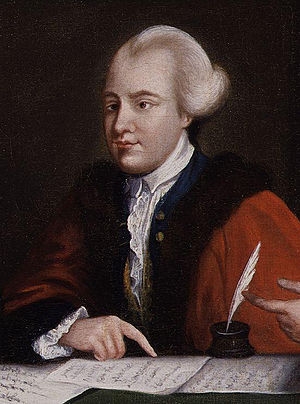 John Wilkes by Richard Houston (1769), about whom Kronenberger wrote in 1974

In his later years, Kronenberger wrote biographies, including one of John Wilkes and another of Oscar Wilde.[1][5] 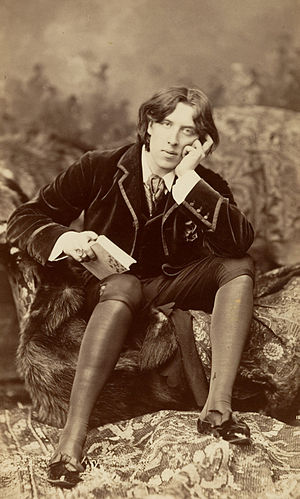 Oscar Wilde by Napoleon Sarony (1882), about whom Kronenberger wrote in 1976

Books edited with others:

Plays edited with others: