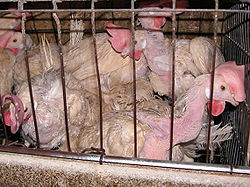 The film documents several cases of cruelty to animals, including: 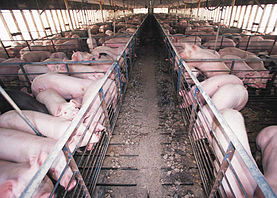 Hogs in a factory farm