Mount Joy is a borough in Lancaster County, Pennsylvania, United States. The population was 7,410 at the 2010 census.

Mount Joy is often named in lists of "delightfully-named towns" in Pennsylvania Dutchland, along with Intercourse, Blue Ball, Lititz, Bareville, Bird-in-Hand and Paradise.[1][2][3][4][5] 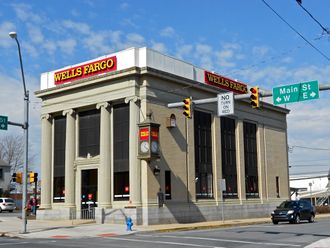 According to the United States Census Bureau, the borough has a total area of 2.3 square miles (6.1 km²), all of it land. It is considered to be part of the Appalachians.