A National Historic Site (NHS) is a protected area of national historic significance in the United States. An NHS usually contains a single historical feature directly associated with its subject. A related but separate designation, the National Historical Park (NHP), is an area that generally extends beyond single properties or buildings, and its resources include a mix of historic and sometimes significant natural features.

As of 2015, there are 50 NHPs and 90 NHSs. Most NHPs and NHSs are managed by the National Park Service (NPS). Some federally designated sites are privately owned, but are authorized to request assistance from the NPS as affiliated areas. One property, Grey Towers National Historic Site, is managed by the U.S. Forest Service.[1]

As of October 15, 1966, all historic areas, including NHPs and NHSs, in the NPS are automatically listed on the National Register of Historic Places (NRHP). There are also about 80,000 NRHP sites, the large majority of which are neither owned nor managed by the NPS. Of these, about 2,500[2] have been designated at the highest status as National Historic Landmark (NHL) sites. 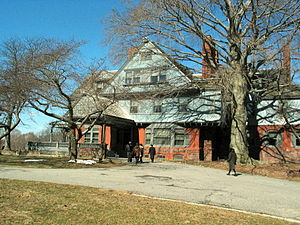 National Historic Sites are generally federally owned and administered properties, though some remain under private or local government ownership. There are currently 90 NHSs, of which 78 are official NPS units, 11 are NPS affiliated areas, one is managed by the US Forest Service, and one by the Bureau of Land Management.

Derived from the Historic Sites Act of 1935, a number of NHSs were established by United States Secretaries of the Interior, but most have been authorized by acts of Congress. In 1937, the first NHS was created in Salem, Massachusetts in order to preserve and interpret the maritime history of New England and the United States.

There is one International Historic Site in the US park system, a unique designation given to Saint Croix Island, Maine, on the New Brunswick border. The title, given to the site of the first permanent French settlement in America, recognizes the influence that has had on both Canada and the United States. The NPS does not distinguish among these designations in terms of their preservation or management policies. 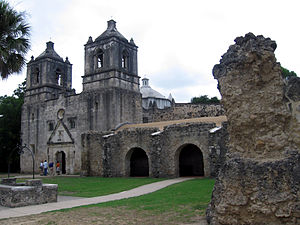