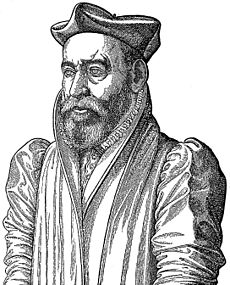 He was born in Lyon, the son of Jehan de l'Orme, or Jean de L'Orme, a master mason.[1] At an early age Philibert was sent to Italy to study (1533–1536) and was employed there by Pope Paul III. Returning to France he was patronized by Cardinal du Bellay at Lyon, and was sent by him about 1540 to Paris, where he began the Chateau de St Maur-des-Fossés, and enjoyed royal favour; in 1545 he was made architect to Francis I of France and given the charge of works in Brittany. 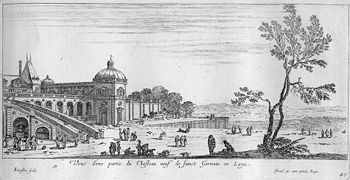 Israel Silvestre's view of the uppermost terrace of the Château Neuf at Meudon shows (with artistic license) its neglected state a century later.

In 1548, Henry II gave him the supervision of Fontainebleau, Saint-Germain-en-Laye—where he built the Château Neuf (illustration, left) — and the other royal buildings; but on the King's death (1559) Philibert fell into disgrace. Under Charles IX, however, he returned to favour, and was employed to construct the Tuileries, in collaboration with Jean Bullant. He died in Paris.

Much of his work has disappeared, but his fame remains. An ardent humanist and student of the antique, he yet vindicated resolutely the French tradition in opposition to Italian tendencies; he was a man of independent mind and a vigorous originality. His masterpiece was the Château d'Anet (1552–1559), built for Diane de Poitiers, the plans of which are preserved in Jacques Androuet du Cerceau's Plus excellens bastimens de France, though part of the building alone remains; and his designs for the Tuileries (also given by Androuet du Cerceau), begun by Catherine de' Medici in 1565, were magnificent. His work is also seen at Chenonceau and other famous châteaux; and his tomb of Francis I at Saint Denis Basilica remains a perfect specimen of his art. He wrote two books on architecture: Nouvelles inventions pour bien bastir et à petits frais (1561) and Le premier tome de l'Architecture (1567). 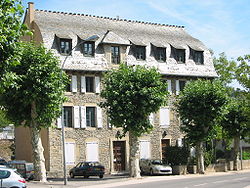