Works in the public domain are those whose exclusive intellectual property rights have expired,[1] have been forfeited,[2] or are inapplicable.[3] For example, the works of Shakespeare and Beethoven, and most of the early silent films, are all now in the public domain by either being created before copyrights existed or leaving the copyright term.[1] Examples for works not covered by copyright which are therefore in the public domain, are the formulae of Newtonian physics, cooking recipes[4] and all software before 1974.[5] Examples for works actively dedicated into public domain by their authors are reference implementations of cryptographic algorithms,[6][7][8] NIH's ImageJ,[9] and the CIA's The World Factbook.[10] The term is not normally applied to situations where the creator of a work retains residual rights, in which case use of the work is referred to as "under license" or "with permission".

As rights are country-based and vary, a work may be subject to rights in one country and be in the public domain in another. Some rights depend on registrations on a country-by-country basis, and the absence of registration in a particular country, if required, creates public domain status for a work in that country.

Although the term "public domain" did not come into use until the mid-18th century, the concept "can be traced back to the ancient Roman Law, as a preset system included in the property right system."[11] The Romans had a large proprietary rights system where they defined "many things that cannot be privately owned"[11] as res nullius, res communes, res publicae and res universitatis. The term res nullius was defined as things not yet appropriated.[12] The term res communes was defined as "things that could be commonly enjoyed by mankind, such as air, sunlight and ocean."[11] The term res publicae referred to things that were shared by all citizens, and the term res universitatis meant things that were owned by the municipalities of Rome.[11] When looking at the public domain from a historical perspective, one could say the construction of the idea of "public domain" sprouted from the concepts of res communes, res publicae, and res universitatis in early Roman law.[11]

When the first early copyright law was first established in Britain with the Statute of Anne in 1710, public domain did not appear. However, similar concepts were developed by British and French jurists in the eighteenth century. Instead of "public domain" they used terms such as publici juris or propriété publique to describe works that were not covered by copyright law.[13] 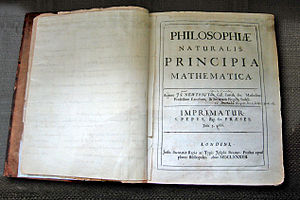 Newton's own copy of his Principia, with hand-written corrections for the second edition

Definitions of the boundaries of the public domain in relation to copyright, or intellectual property more generally, regard the public domain as a negative space, that is, it consists of works that are no longer in copyright term or were never protected by copyright law.[18] According to James Boyle this definition underlines common usage of the term public domain and equates the public domain to public property and works in copyright to private property. However, the usage of the term public domain can be more granular, including for example uses of works in copyright permitted by copyright exceptions. Such a definition regards work in copyright as private property subject to fair use rights and limitation on ownership.[1] A conceptual definition comes from Lange, who focused on what the public domain should be: "it should be a place of sanctuary for individual creative expression, a sanctuary conferring affirmative protection against the forces of private appropriation that threatened such expression".[18] Patterson and Lindberg described the public domain not as a "territory", but rather as a concept: "[T]here are certain materials – the air we breathe, sunlight, rain, space, life, creations, thoughts, feelings, ideas, words, numbers – `not subject to private ownership. The materials that compose our cultural heritage must be free for all living to use no less than matter necessary for biological survival."[19] The term public domain may also be interchangeably used with other imprecise and/or undefined terms such as the "public sphere" or "commons", including concepts such as "commons of the mind", the "intellectual commons", and the "information commons".[15]

Pamela Samuelson has identified eight "values" that can arise from information and works in the public domain.[20]:22 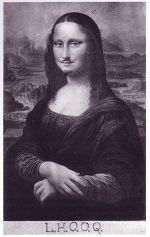 L.H.O.O.Q. (1919). Derivative work by the Dadaist Marcel Duchamp based on the Mona Lisa.

Once works enter into the public domain, derivative works such as adaptations in book and film may increase noticeably, as happened with Frances Hodgson Burnett's novel The Secret Garden, which became public domain in 1987.[28] By 1999, the plays of Shakespeare, all public domain, had been used in more than 420 feature-length films.[29] In addition to straightforward adaptation, they have been used as the launching point for transformative retellings such as Tom Stoppard's Rosencrantz and Guildenstern Are Dead and Troma Entertainment's Tromeo and Juliet.[30][31][32] Marcel Duchamp's L.H.O.O.Q. is a derivative of Leonardo da Vinci's Mona Lisa, one of thousands of derivative works based on the public domain painting.[24]

Some works may never fully lapse into the public domain. A perpetual crown copyright is held for the Authorized King James Version of the Bible in the UK.[33] While the copyright of the play Peter Pan, or the Boy Who Wouldn't Grow Up by J. M. Barrie has expired in the United Kingdom, it was granted a special exception under the Copyright, Designs, and Patents Act 1988 (Schedule 6)[34] that requires royalties to be paid for performances within the UK, so long as Great Ormond Street Hospital (to whom Barrie gave the rights) continues to exist. 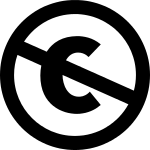 The Creative Commons proposed in 2010 the Public Domain Mark (PDM) as symbol to indicate that a work is free of known copyright restrictions and therefore in the public domain.[35][36] The copyright mark is analogous to the copyright symbol, which acts as copyright notice. The Europeana databases uses it, and for instance on the Wikimedia Commons on February 2016 2.9 million works (~10% of all works) are listed as PDM.[37]

Works not covered by copyright law

The underlying idea that is expressed or manifested in the creation of a work generally cannot be the subject of copyright law (see idea-expression divide). Mathematical formulae will therefore generally form part of the public domain, to the extent that their expression in the form of software is not covered by copyright.

Works created before the existence of copyright and patent laws also form part of the public domain. For example, the Bible and the inventions of Archimedes are in the public domain, but copyright may exist in translations or new formulations of these works.

Determination of whether a copyright has expired depends on an examination of the copyright in its "source country".

In the United States, determining whether a work has entered the public domain or is still under copyright can be quite complex, primarily because copyright terms have been extended multiple times and in different ways—shifting over the course of the 20th century from a fixed-term based on first publication, with a possible renewal term, to a term extending to fifty, then seventy, years after the death of the author. The claim that "pre-1923 works are in the public domain" is correct only for published works; unpublished works are under federal copyright for at least the life of the author plus 70 years.

In most other countries that are signatories to the Berne Convention, copyright term is based on the life of the author, and extends to 50 or 70 years beyond the death of the author. (See List of countries' copyright length.)

Dedicating works to the public domain

Before 1988 in the US, works could be easily given into the public domain by just releasing it without an explicit Copyright notice. With the Berne Convention Implementation Act of 1988 (and the earlier Copyright Act of 1976, which went into effect in 1978), all works were by default copyright protected and needed to be actively given into public domain by a waiver statement/anti-copyright notice.[42][43] Also not all legal systems have processes for reliably donating works to the public domain, e.g. Civil law of continental Europe. This may even effectively prohibit any attempt by copyright owners to surrender rights automatically conferred by law, particularly moral rights.[44]

An alternative is for copyright holders to issue a licence which irrevocably grants as many rights as possible to the general public. Real public domain makes licenses unnecessary, as no owner/author is required to grant permission ("Permission culture"). There are multiple licenses which aim release works into the public domain. In 2000 the WTFPL was released as public domain like software license.[45] In 2009 the Creative commons released the CC0, which was created for compatibility with also law domains which don't have the concept of dedicating into public domain. This is achieved by a public domain waiver statement and a fall-back all-permissive license, for the case the waiver is not possible.[46][47] The Unlicense, published around 2010, has a focus on an Anti-copyright message. The unlicense offers a public domain waiver text with a fall-back public domain-like license inspired by permissive licenses but without attribution.[48][49]

In October 2014 the Open Knowledge Foundation recommends the Creative Commons CC0 license to dedicate content to the public domain,[50][51] and the Open Data Commons Public Domain Dedication and License (PDDL) for data.[52]

In most countries the term or rights for patents is 20 years, after which the invention becomes part of the public domain. In the United States, the contents of patents are considered valid and enforceable for twenty years from the date of filing within the United States or twenty years from the earliest date of filing if under 35 USC 120, 121, or 365(c).[53] However, the text and any illustration within a patent, provided the illustrations are essentially line drawings and do not in any substantive way reflect the "personality" of the person drawing them, are not subject to copyright protection.[54] This is separate from the patent rights just mentioned.

Because trademarks are registered with governments, some countries or trademark registries may recognize a mark, while others may have determined that it is generic and not allowable as a trademark in that registry. For example, the drug "acetylsalicylic acid" (2-acetoxybenzoic acid) is better known as aspirin in the United States—a generic term. In Canada, however, "Aspirin", with an upper case A, is still a trademark of the German company Bayer, while aspirin, with a lower case "a" is not. Bayer lost the trademark in the United States, the UK and France after World War I, as part of the Treaty of Versailles. So many copy-cat products entered the marketplace during the war that it was deemed generic just three years later.[55]

Although Hormel resigned itself to genericide,[56] it has fought attempts by other companies to register "spam" as a trademark in relation to computer products.[57] 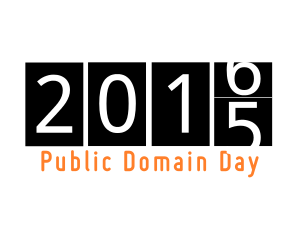 The observance of a "Public Domain Day" was initially informal; the earliest known mention was in 2004 by Wallace McLean (a Canadian public domain activist),[59] with support for the idea echoed by Lawrence Lessig.[60] As of 1 January 2010[update] a Public Domain Day website lists the authors whose works are entering the public domain.[61] There are activities in countries around the world by various organizations all under the banner Public Domain Day.