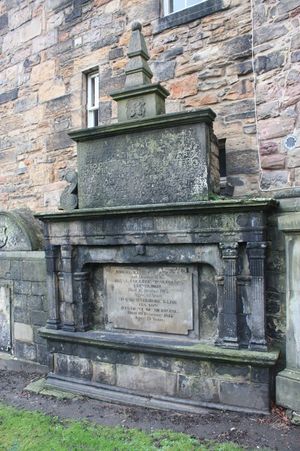 Kerr was born in Bughtridge, Roxburghshire, the son of a jeweller. He was sent to the High School in Edinburgh.

He studied medicine at the University of Edinburgh and practised at the Edinburgh Foundling Hospital as a surgeon. He translated several scientific works into English, such as Antoine Lavoisier's work of 1789, Traité Élémentaire de Chimie, published under the title Elements of Chemistry in a New Systematic Order containing All the Modern Discoveries, in 1790.[1] In 1792, he published The Animal Kingdom, the first two volumes of a four-tome translation of Linnaeus' Systema Naturae, which is often cited as the taxonomic authority for a great many species. (He never did the remaining two volumes.)

In 1794 he left his post as a surgeon to manage a paper mill. He lost much of his fortune with this enterprise. Out of economical necessity he began writing again in 1809, publishing a variety of minor works, for instance a General View of the Agriculture of Berwickshire. His last work was a translation of Cuvier's Recherches sur les ossements fossiles de quadrupedes, which was published after Kerr's death under the title "Essays on the Theory of the Earth".

His other works included a massive historical study entitled A General History and Collection of Voyages and Travels in eighteen volumes. Kerr began the series in 1811, dedicating it to Sir Alexander Cochrane, K.B., Vice-Admiral of the White. Publication did not cease following Kerr's death in 1813; the latter volumes were published into the 1820s.

He is buried in Greyfriars Kirkyard in central Edinburgh against the eastern wall. His stone is added to a much earlier (1610) ornate stone monument.