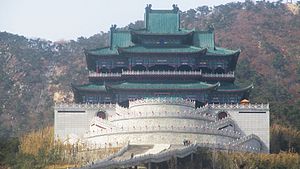 Structure and function can vary according to the Taoist school the temple belongs to. For example, guān of the Quanzhen School are monasteries where celibate daoshi live.