Truro is a town in central Nova Scotia, Canada. Truro is the shire town of Colchester County and is located on the south side of the Salmon River floodplain, close to the river's mouth at the eastern end of Cobequid Bay.

The Mi'kmaq name for the Truro area, "Wagobagitik" meaning "end of the water's flow", was shortened by Acadian settlers to "Cobequid" who arrived in the area in the early 1700s and by 1727 had established a small village near the present downtown site of Truro known as "Vil Bois Brule" (Village in the burnt wood).[2] Many Acadians in this region left in the Acadian Exodus which preceded the Expulsion of the Acadians in 1755, the town was resettled in 1761 by Presbyterians of predominantly Ulster Scottish origin who came from Ireland via New England. It is named after the city of Truro in Cornwall, England.

Originally a small farming community, the construction of the Nova Scotia Railway between Halifax, and Pictou in 1858 caused the municipality to experience a fast rate of growth which increased even more when the railway connected to central Canada in 1872 and became the Intercolonial Railway. The Intercolonial, which later became the Canadian National Railway built a large roundhouse and rail yard in Truro. Further rail links to Cape Breton and to the Annapolis Valley through the Dominion Atlantic Railway in 1905 made the town even more a transportation hub for Nova Scotia. The railway also attracted industries such as the Truro Woolen Mills in 1870 (which later became Stanfield's) and provincial institutions like the provincial Normal School (later the Nova Scotia Teachers College) and the Nova Scotia Agricultural College. The town officially incorporated in 1875. Many figures from the town's past are featured in over 40 tree sculptures which were carved in tree trunks after Truro lost most of its Elm trees to Dutch Elm Disease in the 1990s.[3] The history of the town and surrounding county is preserved at the Colchester Historical Museum (c.1900-1901), which is designated under the provincial Heritage Property Act.[4] 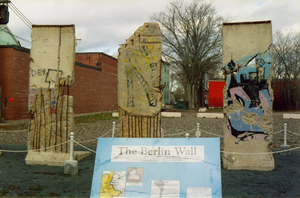 Truro is known as the Hub of Nova Scotia as it is located at the junction between the Canadian National Railway, running between Halifax and Montreal, and the Cape Breton and Central Nova Scotia Railway, running between Truro and Sydney. Until the 1980s, Truro also hosted a junction between the Canadian National and Canadian Pacific Railway's former Dominion Atlantic Railway line running through Windsor and down the Annapolis Valley to Yarmouth, Nova Scotia.

An important highway interchange is located just north of Truro in the rural community of Onslow where Highway 102 ends at Highway 104 - both four lane expressways. Secondary roads Trunk 2 and Trunk 4 intersect in the town. Important tertiary roads Route 236 and Route 311 end in the nearby communities of Lower Truro and Onslow respectively. Some of these roads also form part of the Glooscap Trail which is a scenic drive for tourists.

Nova Scotia Power has several transmission line corridors in or near Truro; additionally Bell Aliant, EastLink and 360networks route most of the major telephone and data communications lines in the province through the town.

Some small chunks of the Berlin Wall are located near the Agricultural Campus of Dalhousie University.[5]

Truro has two public high schools, Cobequid Educational Centre and the francophone École acadienne de Truro. Post-secondary options include a campus of the Nova Scotia Community College, and The Institute of Human Services Education, as well as the Agricultural Campus of Dalhousie University in the neighboring village of Bible Hill.

Truro has two ice hockey rinks. Truro is home to the Truro Bearcats, a Junior "A" ice hockey team who are two time MJAHL Champions. (Canadian) Football is also a popular sport in the town with all games being played on Friday night at the Truro Amateur Athletic Club (TAAC) grounds. Truro Raceway conducts harness races every Sunday. Truro is also home to a rugby club, which hosts the World Indoor Sevens Rugby Championships.

Truro enjoys a vibrant soccer scene centered about the local "CC Riders" soccer club which serves "Tier2" soccer for both genders and all ages. Outdoor soccer takes place between May and October and indoor 7-a-side and pickup games run through the winter months.

Finally, there is also curling, bowling, swimming, softball, baseball, tennis, golfing, martial arts, snowboarding, snowshoeing, basketball, volleyball, skiing and most everything else either at school and/or local club level. 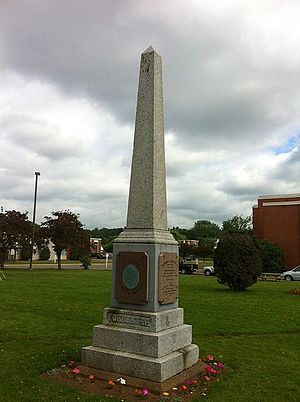