From Infogalactic: the planetary knowledge core
Jump to: navigation, search
File:Juleum Helmstedt Collegium.jpg
University of Helmstedt in the 17th century 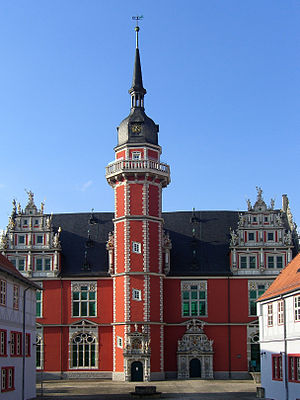 The Juleum in Helmstedt, historical great auditorium of the University, built in 1592 in Weser renaissance architecture

The University of Helmstedt, official Latin name: Academia Julia ("Julius University"), was a university in Helmstedt in the Duchy of Brunswick-Wolfenbüttel that existed from 1576 until 1810.

The university had four faculties for theology, law, medicine and philosophy including the seven liberal arts. The great auditorium, the Juleum Novum was erected in 1592.

In the late 18th century, Helmstedt lost popularity to newer universities, such as the University of Göttingen. It was closed in 1810 on initiative of Johannes von Müller, director of public instruction in the Kingdom of Westphalia.

Famous professors and students in Helmstedt

Media related to University of Helmstedt at Wikimedia Commons