William Richardson Davie (June 20, 1756 – November 29, 1820) was a military officer and the tenth Governor of North Carolina from 1798 to 1799, as well as one of the most important men involved in the founding of the University of North Carolina. He was a member of the Federalist Party and is a "Founding Father of the United States."

Davie was born in England, but immigrated to the American colonies in 1763, when his father, Archibald Davie, brought him to the Waxhaw region near Lancaster, South Carolina (later thought to be where Andrew Jackson was born). He was named for his maternal uncle, William Richardson, a prominent Presbyterian minister in South Carolina. However, when Richardson died, Davie inherited 150 acres of his land as well as a large library. As an adolescent, Davie studied at Queen's Museum, later Liberty Hall, in Charlotte, then matriculated to the College of New Jersey (now Princeton University), from which he graduated with honors in 1776.

After leaving New Jersey, Davie began to study law in Salisbury, North Carolina, under Spruce Macay (pronounced "Muh-coy"), who would later provide Andrew Jackson with his own legal training. In December 1778, Davie left Salisbury to join 1,200 militiamen led by Brigadier General Allen Jones of Northampton County, NC. Jones's force advanced toward Charleston, South Carolina, with intentions to aid the port city as it prepared its defenses against possible British assault. That threat receded, so Davie and the rest of Jones's men returned to North Carolina after marching as far south as Camden, South Carolina.

Davie resumed his studies in Salisbury, but in the spring of 1779, he closed his law books again to reenter military service. This time, though, Davie did not volunteer for an existing force; he helped to raise and train a local cavalry troop. For his work in forming "a Company of Horse in the District of Salisbury," he received a lieutenant's commission in April from North Carolina Governor Richard Caswell. Davie did not remain in that junior rank for long. In May 1779, he and his company were attached to the legion of General Casimir Pułaski, who earlier in the year had moved from Pennsylvania to South Carolina to help bolster American positions in and around Charleston. Promoted to the rank of major under Pulaski, Davie assumed command of a brigade of cavalry. On June 20, 1779, just two days shy of his twenty-third birthday, Davie led a charge against British forces at the Battle of Stono Ferry outside Charleston. He suffered a serious wound to his thigh in that engagement, fell from his horse, and narrowly escaped capture. While convalescing from his injuries, Davie resumed his legal studies back in Salisbury. He was presented an honorary sword by the citizenry for his exemplary conduct and courage. Soon he completed or "stood" his examinations and in November 1779 obtained a license to practice law in South Carolina. In the late spring and summer of the following year, Davie, now fully recovered, again formed an independent company of cavalry. He led that mounted force in several actions during the summer of 1780. 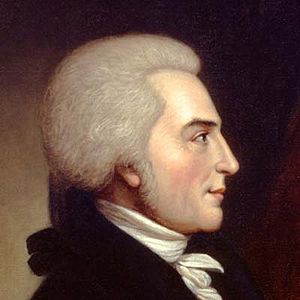 Shortly after the Battle of Hanging Rock, Davie received word of a new army moving into South Carolina under General Horatio Gates. At the Battle of Camden on August 16, 1780 Gates was soundly defeated. While the Continentals fought hard, his militia largely fled without much if any of a fight. Gates and what remained of his army fell back into North Carolina. Davie narrowly missed the battle. Instead of retreating north along with Gates and the remnants of the American army, Davie moved south towards the enemy and Camden to recover supply wagons and gather intelligence on enemy movements. In the time between Camden and the Battle of Kings Mountain, in October 1780, Davie's cavalry was the only unbroken corps between the British army and what was left of the Continental forces.

Davie's most audacious action as a cavalry officer came at the Battle of Charlotte on September 26, 1780. Ordered to cover the American army retreat and hinder the British invasion of North Carolina, Davie, now a colonel, and 150 of his mounted militia set up defense in what was then the small village of Charlotte, North Carolina. He dismounted several of his men and had them take station behind a stone wall at the summit of a hill in the center of town. Other dismounted soldiers were scattered on the flanks with a reserve of cavalry. At about noon, the British army under General Lord Cornwallis appeared. Cornwallis' forces numbered at least 2,000 Redcoats and loyalists. After three charges of British cavalry and infantry moving on his right flank, Davie and his men retreated northward. Cornwallis subsequently occupied Charlotte, but he remained there less than two weeks, withdrawing his forces from the "hornets nest" after receiving news of the defeat of Loyalist forces by backcountry militia at the Battle of Kings Mountain on October 7, 1780. As Cornwallis's army marched back toward South Carolina, Davie directed his men to shadow and skirmish with enemy units and to disrupt and intercept their communications.

Davie's military service in the Revolution changed dramatically after December 1780, when General Nathanael Greene arrived in North Carolina to take command of the American army in the "Southern Department." Headquartered in Charlotte, Greene desperately needed more provisions and equipment for his soldiers as he prepared to counter the certain return of Cornwallis to North Carolina. Davie's leadership skills and knowledge of the region's terrain and inhabitants impressed Greene, who in January 1781 persuaded the experienced cavalry officer to relinquish his field command so that he could serve as the army's commissary-general. In that position Davie spent the final stages of the war carrying out the crucial but often thankless tasks of locating, organizing, and transporting supplies often using his own funds for General Greene's ever-needy troops, as well as for North Carolina's militia.

After the war, Davie rose to prominence in North Carolina as a traveling circuit court lawyer and orator. He was elected to the North Carolina House of Commons on multiple occasions from 1786 through 1798. He served as a member of the Constitutional Convention of 1787 (leaving before he could sign the document) and argued for its passage at the North Carolina State Conventions in 1788 and 1789.

Davie served as Grand Master of the North Carolina Grand Lodge of Ancient Free and Accepted Masons from 1792 to 1798.[1]

Davie was elected governor of North Carolina by the North Carolina General Assembly in 1798. During his administration, the state settled boundary disputes with South Carolina and Tennessee to the west. He resigned as the state's chief executive when President John Adams enlisted him in 1799 to serve on a peace commission to France, where bilateral negotiations resulted in the Convention of 1800.

Davie remained active in the state militia and in the newly formed United States Army. He served in the state militia during the 1797 crisis with France (immediately preceding the Quasi-War) and was appointed brigadier general in the Army by President Adams. After his return to North Carolina, Davie continued to be active in Federalist politics. He ran unsuccessfully for the United States House of Representatives against Willis Alston in the 1804 election. (Alston, elected as a Federalist in 1798, joined the Democratic-Republican Party during the Jefferson administration).

Founding the University of North Carolina

File:UNC Chapel Hill Cornerstone.jpg
Davie (at right wearing masonic apron) laying the cornerstone of Old East, the oldest building on the campus of the University of North Carolina.

As a member of the North Carolina General Assembly, Davie sponsored the bill that chartered the University of North Carolina. Davie laid the cornerstone of the university in October 1793 in a full Masonic ceremony[3] as he was the Grand Master of the Grand Lodge of North Carolina at the time.[1] He is recognized as the university's founder and served on its board of trustees from 1789 to 1807. Davie also received the institution's first honorary degree in 1811, an LL.D., and was given the title "Father of the University." The "Davie Poplar" tree on the campus is, as legend has it, where Davie tied his horse in the late 1790s to pick out the site for the state's first university. A portrait of Davie hangs in the chambers of the Dialectic Society, the oldest student organization at the university.

In October 2013 the sword and pocket watch of Davie, a Mason who is considered the founder of the University, were displayed at the University of North Carolina at Chapel Hill as part of the commemoration celebrating the role of Freemasons in the establishment of the first public university in the United States.[4]

After his unsuccessful run for the House of Representatives Davie retired from public life to his estate, Tivoli, in South Carolina. During the 1812 presidential election, Virginia Federalists who refused to support the candidacy of dissident Democratic-Republican DeWitt Clinton against incumbent Democratic-Republican James Madison nominated presidential electors pledged to Rufus King for president and Davie for vice president. This Federalist slate was defeated by a wide margin [1]). During the War of 1812, Davie served in the army as well, but declined an offer from President James Madison to command the American forces.

Davie was keenly interested in thoroughbred horses. In 1809, he purchased a champion race horse from William Ransom Johnson, a native of North Carolina who was known in American racing circles as "The Napoleon of the Turf." The horse, "Sir Archy," cost Davie the then-staggering sum of $5,000. That price reflected the horse's greatness and his promise as one of the foundation sires in American racing. Nearly a century and a half later, in 1955, as further testament to Sir Archy's standing, the stallion was among the first class of horses inducted into the National Museum of Racing and Hall of Fame in Saratoga Springs, New York.

Davie died at his Tivoli estate in 1820. He was preceded in death by his wife, the former Sarah Jones, whom he married in 1782. Davie is buried at Old Waxhaw Presbyterian Church in South Carolina. Sarah, who died at the age of 39 in 1802, is buried in the Old Colonial Cemetery in Halifax, North Carolina, and was the daughter of Allen Jones.

The William R. Davie House at Halifax was listed on the National Register of Historic Places in 1973.[6]