The 109th Airlift Squadron assigned to the Wing's 133rd Operations Group, is a descendant organization of the World War I 109th Aero Squadron, established on 27 August 1917. It was reformed on 17 January 1921, as the 109th Observation Squadron, being the first of 29 aviation National Guard squadrons to receive federal recognition following World War I.[citation needed]

The 133rd Airlift Wing (AW) is a unit of the Minnesota Air National Guard, stationed at Minneapolis–Saint Paul Joint Air Reserve Station. Gained by the USAF Air Mobility Command if federalize, the unit is an air transport organization flying C-130H Hercules tactical airlifters. Its normal flying operations include air-drop training and transport missions. The four engine C-130 turboprop aircraft can land on short runways or airdrop personnel and equipment into areas lacking an airfield. These capabilities are well suited for disaster relief missions.

The 133rd AW's mission is to provide combat ready air crews, support personnel, and aircraft for the airlift of passengers and cargo anywhere in the world. Upon direction of the Governor, the unit can furnish personnel and equipment, including aircraft, to assist in natural disaster relief or to safeguard life and property in Minnesota.

The 133rd Airlift Wing consists of the following units: 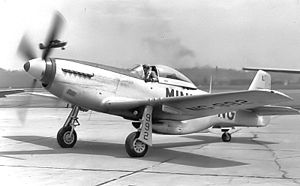 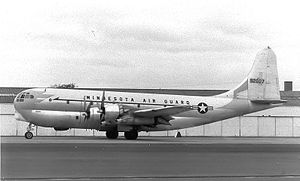 The wartime 367th Fighter Group was reactivated and redesignated as the 133rd Fighter Group, and was allotted to the Minnesota Air National Guard, on 24 May 1946. It was organized at Holman Field, Saint Paul and was extended federal recognition on 28 August 1947 by Air Defense Command. In the fall of 1950, the Air National Guard reorganized under the wing base organization system, and the 133d Fighter Wing was activated on 1 November 1950 to command the 133d Fighter Group and its newly formed support organizations.

In 1960, the 133rd FIW was reassigned to Military Air Transport Service (MATS) as its gaining command, trading in its air defense interceptors for 4-engines C-97 Stratofreighter transports. With air transportation recognized as a critical wartime need, the unit was redesignated the 133rd Air Transport Wing, Heavy. During the 1961 Berlin Crisis, the wing was federalized on 1 October 1961. From Minneapolis, the 109th ATS augmented MATS airlift capability world-wide in support of the Air Force's needs. It returned again to Minnesota state control on 31 August 1962. Throughout the 1960s, the unit flew long-distance transport missions in support of Air Force requirements, frequently sending aircraft to Hawaii, Japan, the Philippines, and during the Vietnam War, to both South Vietnam, Okinawa and Thailand. 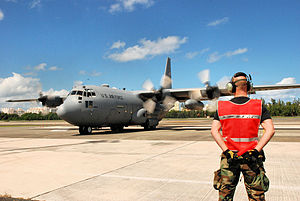 At Muniz Air National Guard Base, Puerto Rico on a two-week rotation in support of the U.S. Southern Command's Coronet Oak mission. 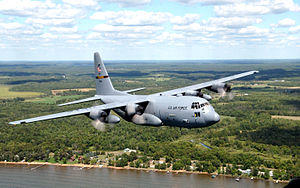 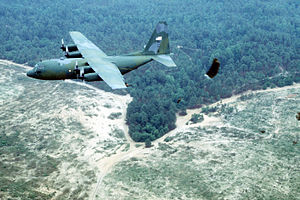 The C-97s were retired in 1971 and the 133rd TAW was transferred to Tactical Air Command (TAC) as its gaining command. It transitioned to the C-130A Hercules theater transport, flying missions in support of TAC throughout the United States and Alaska. In 1974 the unit was returned to Military Airlift Command (MAC) when TAC transferred out its troop carrier mission. In the early 1970s, USAF's "Total Force" policy brought the wing into full partnership with its Air Force counterparts by mandating co-operation and teamwork between Air Guard and active duty Air Force units in all phases of military airlift operations. As a result, in succeeding years the unit's C-130s traveled to all corners of the world, airlifting troops, passengers, and cargo during training missions, exercise deployments, and real-world military operations to support Federal and State military airlift requirements.

The unit has been upgraded over the years with newer C-130E aircraft in 1981 and currently flies the C-130H, which it received in 1995. 2011 marked the 90th anniversary of the 1921 decision to make Minnesota's 109th Aero Squadron the first federally-recognized National Guard flying unit in the country. To commemorate the heritage of the Minnesota Air National Guard, the 133rd Airlift Wing hosted an Air Expo, welcoming upwards of 15,000 members of the community to the base to celebrate.

During 2011, the 109th Airlift Squadron deployed 528 Airmen to 17 countries, serving in support of U.S. operations worldwide, including humanitarian missions to Africa, Honduras and Indonesia. The squadron provides combat-ready air crews, support personnel, and aircraft for the airlift of passengers and cargo anywhere in the world. Upon direction of the Governor, the unit furnishes personnel and equipment, including aircraft, to assist in natural disaster relief or to safeguard life and property in Minnesota.