As a means of recording the passage of time, the 14th century was the century lasting from January 1, 1301, to December 31, 1400. Political and natural disaster and black death ravaged Europe, as well as the four khanates of the Mongolian Empire. Consequently, the Mongol court was driven out of China and retreated to Mongolia, the Ilkhanate collapsed in Persia, the Chaghatayid dissolved into two parts, and the Golden Horde lost its position as great power in Eastern Europe.

In Europe, the Black Death claimed between 75 to 200 million lives, while England and France fought in the protracted Hundred Years' War after the death of Charles IV of France led to a claim to the French throne by Edward III of England. This period is considered the height of chivalry and marks the beginning of strong separate identities for both England and France. 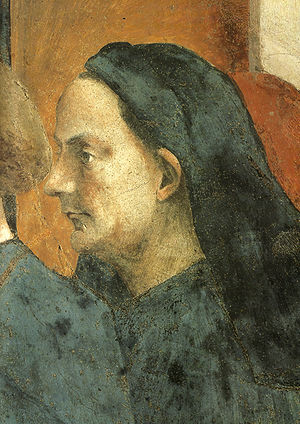 Filippo Brunelleschi, the Italian architect who by many is regarded as the most inventive and gifted designer in history.[1] 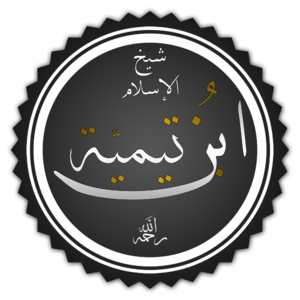 Sheikh Ibn Taymiyyah's script.
File:Shiva and Uma 14th century.jpg
This 14th-century statue from south India depicts the gods Shiva (on the left) and Uma (on the right). It is housed in the Smithsonian Institution in Washington, D.C.. 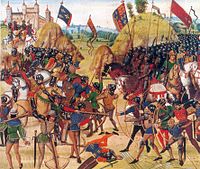 The Hundred Years' War, Battle of Crécy between the English and French in 1346.

File:Machaut 1.jpg
Guillaume de Machaut (at right) receiving Nature and three of her children, from an illuminated Parisian manuscript of the 1350s. 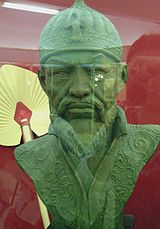 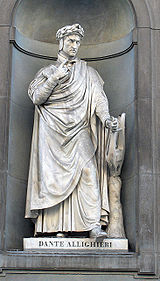 Europe and Near East