Situated on the Rive Gauche (left bank) of the River Seine and sharing the Montparnasse district with the 6th and 14th arrondissements, it is the city's most populous arrondissement. The Tour Montparnasse – the tallest skyscraper in Paris – and the neighbouring Gare Montparnasse are both located in the 15th arrondissement, at its border with the 14th. It is also home to the convention center Paris expo Porte de Versailles and the high-rise district of the Front de Seine (or Beaugrenelle).

The loi du 16 juin 1859 decreed the annexation to Paris of the area between the old Wall of the Farmers-General and the wall of Thiers. The communes of Grenelle, Vaugirard, and Javel were incorporated into Paris in 1860.

As in all the Parisian arrondissements, the fifteenth is made up of four administrative quarters (quartiers). 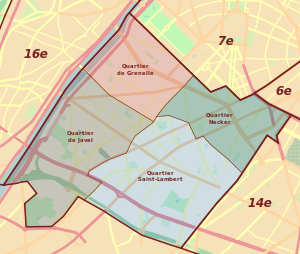 The four administrative quarters of the 15th arrondissement. 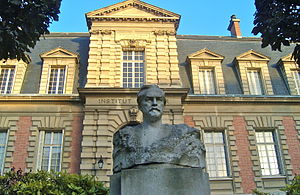 The early airfield here has been encroached upon by urban development and a sports centre, but the residual area, mainly laid to grass, continues to serve Paris as a heliport. The Sécurité Civile has a detachment there close to maintenance facilities. Customs facilities are available and especially busy during the Salon d'Aeronautique airshows held at Le Bourget on the other side of the city.

The peak of population of Paris's 15th arrondissement occurred in 1962, when it had 250,551 inhabitants. Since then it has lost approximately one-tenth of its population, but it remains the most populous arrondissement of Paris, with 225,362 inhabitants at the last census in 1999. With 144,667 jobs at the same census, the 15th is also very dense in business activities. 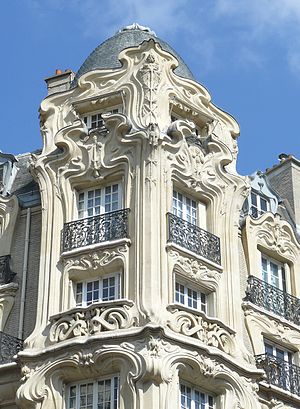 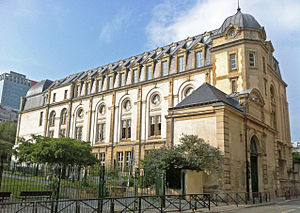 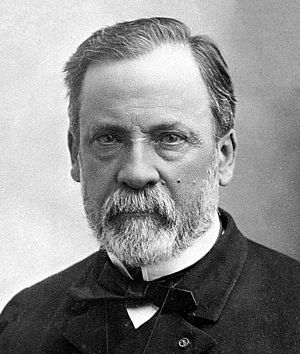 Louis Pasteur by Félix Nadar in 1878. 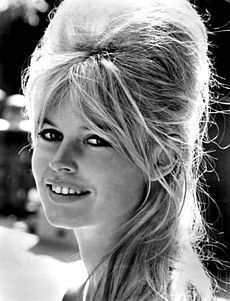