From Infogalactic: the planetary knowledge core
Jump to: navigation, search
This article is about the year 1601. For the number, see 1601 (number). For the work by Mark Twain, see 1601 (Mark Twain). 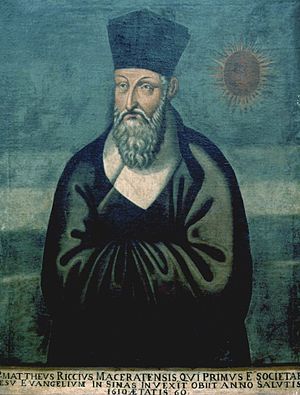 1601 (MDCI) was a common year starting on Monday (dominical letter G) of the Gregorian calendar and a common year starting on Thursday (dominical letter D) of the Julian calendar, the 1601st year of the Common Era (CE) and Anno Domini (AD) designations, the 601st year of the 2nd millennium, the 1st year of the 17th century, and the 2nd year of the 1600s decade. Note that the Julian day for 1601 is 10 calendar days difference, which continued to be used from 1582 until the complete conversion of the Gregorian calendar was entirely done in 1929. January 1 of this year (1601-01-01) is used as the base of file dates[1] and of Active Directory Logon dates[2] by Microsoft Windows. It is also the date from which ANSI dates are counted and were adopted by the American National Standards Institute for use with COBOL and other computer languages. This epoch is the beginning of the 400-year Gregorian leap-year cycle within which digital files first existed; the last year of any such cycle is the only leap year whose year number is divisible by 100. All versions of the Microsoft Windows operating system from Windows 95 onward count units of one hundred nanoseconds from this epoch.[3]