From Infogalactic: the planetary knowledge core
Jump to: navigation, search
This article is about the year 1833. 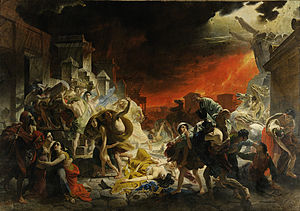 The Last Day of Pompeii was first exhibited in 1833.