A carved date from a building in Stamford
This article is about the year 1896. For the number, see 1896 (number).

A picture of the restored Panathenaic Stadium, the site of the 1896 Summer Olympics 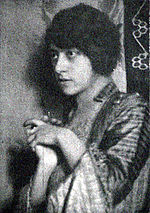