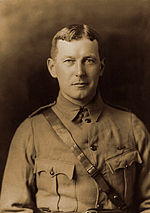 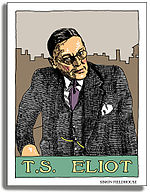 In Flanders fields the poppies blow

Between the crosses, row on row,
That mark our place; and in the sky
The larks, still bravely singing, fly
Scarce heard amid the guns below.

We are the dead. Short days ago
We lived, felt dawn, saw sunset glow,
Loved, and were loved, and now we lie
In Flanders fields.

Take up our quarrel with the foe:
To you from failing hands we throw
The torch; be yours to hold it high.
If ye break faith with us who die
We shall not sleep, though poppies grow

And I have known the eyes already, known them all—

The eyes that fix you in a formulated phrase,
And when I am formulated, sprawling on a pin,
When I am pinned and wriggling on the wall,
Then how should I begin
To spit out all the butt-ends of my days and ways?

And how should I presume?
— T.S. Eliot, from The Love Song of J. Alfred Prufrock

Nationality words link to articles with information on the nation's poetry or literature (for instance, Irish or France).

Poets and World War I

see also "Deaths in World War I" in the "Deaths" section, below

From My Boy Jack
by Rudyard Kipling

“Has any one else had word of him?”
Not this tide.
For what is sunk will hardly swim,
Not with this wind blowing, and this tide.

“Oh, dear, what comfort can I find?”
None this tide,
Nor any tide,
Except he did not shame his kind —
Not even with that wind blowing, and that tide. 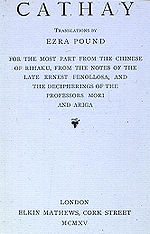 Contents to Some Imagist Poets anthology, the first of three books with the same title published in the next two years (includes English and American poets):

Works published in other languages 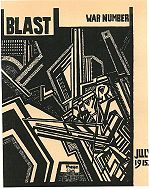 Death years link to the corresponding "[year] in poetry" article:

Birth years link to the corresponding "[year] in poetry" article:

Killed in World War I

see also "Poets and World War I" in the "Events" section and Rudyard Kipling poem "My Boy Jack", above