From Infogalactic: the planetary knowledge core
Jump to: navigation, search
This article is about the year 1916. For the album by Motörhead, see 1916 (album).

Below, the events of World War I have the "WWI" prefix. 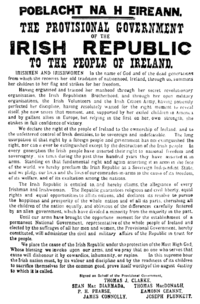 Proclamation of the Irish Republic distributed during the Easter Rising. 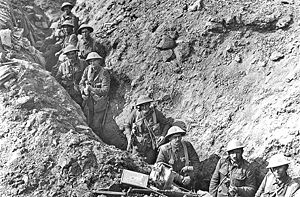 Troops from New Zealand during WWI.