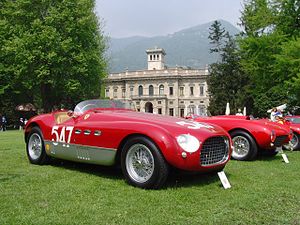 The 1953 World Sports Car Championship was contested over a seven race series. Now legendary races such as the Mille Miglia and the Carrera Panamericana were part of an international race calendar, accompanied by the 24 Hours of Le Mans and 24 Hours of Spa, with the inaugural race being the 12 Hours of Sebring.

The Championship was for manufactures, and works teams such as Scuderia Ferrari, Lancia, Aston Martin and Jaguar lead the way, but the majority of the fields were made up of amateur or gentlemen drivers, often up against professional racing drivers with experience in Formula One. Sometimes, even the Drivers World Champion joined in.

Classes were split between closed cars (GT) and open cars (Sports), with further divisions due to engine displacement. Scuderia Ferrari were a dominant force in 1953, winning three races, a result of Enzo Ferrari’s determination to bring prestige to his marque.[citation needed] 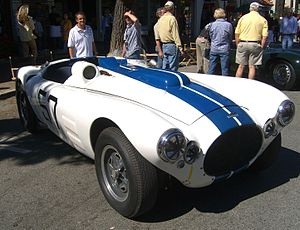 Championship points were awarded for the first six places in each race in the order of 8-6-4-3-2-1. Manufacturers were only awarded points for their highest finishing car with no points awarded for positions filled by additional cars. Only the best 4 results out of the 7 races could be retained by each manufacturer. Points earned but not counted towards the championship totals are listed within brackets in the above table.

The following models contributed to the net championship point scores of their respective manufacturers.