The 1960 Formula One season featured the eleventh FIA World Championship of Drivers,[1] the third International Cup for F1 Manufacturers[2] and numerous non-championship Formula One races. The World Championship commenced on 7 February 1960 and ended on 20 November after ten races. Jack Brabham won his second consecutive title with his Cooper team defending its constructors' title.

The last year of the 2.5 litre formula produced repeat victories for Jack Brabham and Cooper, and saw Lotus, Porsche, and BRM campaigning rear-engined cars. Lance Reventlow's Scarabs, like the Aston Martins, were front-engined and outclassed. Stirling Moss' Rob Walker Lotus gave Colin Chapman his first Grand Prix win at Monaco and followed it with victory in the USA. All other Grands Prix went to Cooper, except for the Italian which was boycotted by the British constructors since the Italians were using Monza's banked circuit.

The points-scoring system was changed with the point for fastest lap being dropped and a point given for sixth place. The best six scores counted towards the championship, increased from five from the previous season.

Three drivers died in this season of Grand Prix racing. American Harry Schell in a non-championship race at Silverstone, and Britons Chris Bristow & Alan Stacey, both killed at the Belgian Grand Prix at Spa-Francorchamps. Stirling Moss was severely injured in a practice accident at this event and did not compete for most of the season.

The German Grand Prix was run as a Formula 2 race at the Nurburgring Sudschleife because the Formula One race, originally supposed to be held at the AVUS Berlin circuit, was cancelled after drivers complained about the extreme danger of the Berlin-located track. The Moroccan Grand Prix, originally scheduled for 1 October, was cancelled for another year for monetary reasons.[3]

The following teams and drivers competed in the 1960 FIA World Championship. 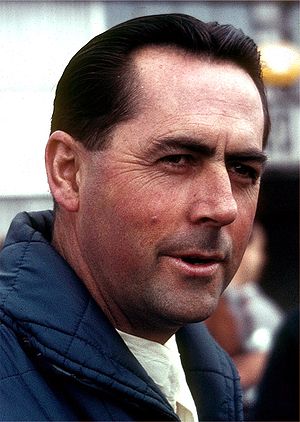 Points were awarded on an 8–6–4–3–2–1 basis at each round, with only the best six round results retained.

Points were awarded on an 8–6–4–3–2–1 basis at each round (excluding the Indianapolis 500), with only the best six results from the nine races retained. Only the best placed car from each manufacturer at each round was eligible to score points.

Other Formula One races also held in 1960, which did not count towards the World Championship.