Jacques Anquetil started the race with the intention of winning it and becoming the first cyclist to win all the three grand tours. However, injury forced him out of the race. His St. Raphael-Helyett team dominated the race, with the team taking the leaders jersey after the second stage of the race. Rudi Altig and Seamus Elliot both wore the jersey with Altig taking it off the shoulders of Elliot after winning the final individual time trial on the 15th stage. Altig became the first German winner of the event. 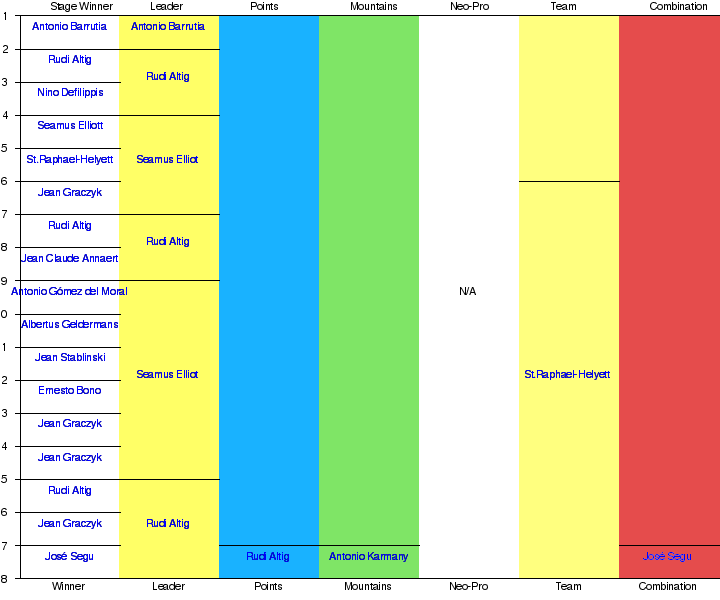