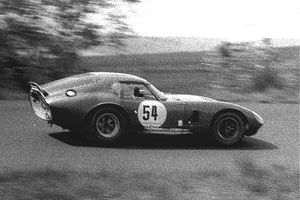 Although composed of 20 races, each class did not compete in all events. Some events were for one class, while others were combined events.