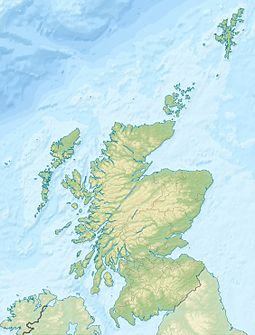 The 20th Ryder Cup Matches were held at Muirfield in Gullane, East Lothian, Scotland. The United States team won the competition by a score of 19 to 13 points.[1] For the first time, what had previously been the "Great Britain" team was called "Great Britain and Ireland", although golfers from the Republic of Ireland had played since 1953, and from Northern Ireland since 1947.

The Ryder Cup is a match play event, with each match worth one point. The competition format was adjusted slightly in 1973 from the format used from 1963 through 1971:

Due to the rules of the PGA of America in place at the time, players with less than five years as a professional were not eligible for the U.S. team, which included reigning U.S. Open champion Johnny Miller and Lanny Wadkins.[3] (These rules also kept Jack Nicklaus on the sidelines until 1969.) Miller made his Ryder Cup debut in 1975 and Wadkins in 1977.

John Garner did not play in any matches.