1979 vote of no confidence in the government of James Callaghan

From Infogalactic: the planetary knowledge core
(Redirected from 1979 vote of no confidence against the government of James Callaghan)
Jump to: navigation, search 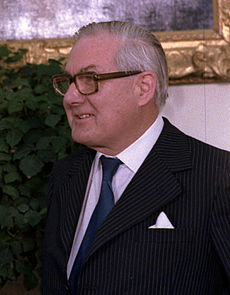 James Callaghan lost the vote of no confidence by one vote.

A vote of no confidence in the British Labour Government of James Callaghan occurred on 28 March 1979. The vote was brought by Opposition leader Margaret Thatcher and was lost by the Labour Government by one vote (311 votes to 310), which was announced at 10:19 pm, forcing a general election which was won by Thatcher's party. The last time an election had been forced by the House of Commons was in 1924, when Ramsay MacDonald, the first Labour Prime Minister, lost a vote of confidence.[1] Labour politician Roy Hattersley was later to remark that the vote marked "the last rites" of 'old Labour'.[2] Labour would not return to government for another 18 years. The BBC has referred to the vote as "one of the most dramatic nights in Westminster history".[3]

The general election at the end of February 1974 resulted in a hung parliament where Labour had slightly more seats than any other party but no overall majority. The Conservatives tried to negotiate a coalition with the Liberal Party but failed and Edward Heath's government resigned. Labour came to power in March 1974, its leader Harold Wilson having accepted the Royal invitation to form a minority government. Wilson called a second election for October 1974, which gave Labour a wafer-thin majority of three MPs. The Labour Government implemented pay restraint to control global inflation, coupled with stagnation and unemployment at record post-war levels. Wilson resigned in 1976 in poorer health, on turning 60, and James Callaghan became Leader of the Labour Party and Prime Minister. By-elections and defections whittled away Labour's majority, which technically was non-existent by April 1976 in the House of Commons after a by-election defeat, the defection of two Labour MPs to form the Scottish Labour Party and the disappearance of backbencher John Stonehouse.[4]

In 1977 the Labour Government and the Liberal Party agreed the Lib-Lab pact by which the Liberals agreed to support the Government in return for pre-legislative consultation. The pact lasted for a year before lapsing in July 1978;[4] at which point the Liberal Party declared that they supported a general election as soon as possible and would therefore support any no confidence motions. Callaghan was widely expected to call an election in September 1978 but decided against this, hoping he would fare better in a year's time once the economy had improved. However the winter saw a prolonged period of industrial unrest known as the Winter of Discontent which severely reduced Labour's popularity.[4] The government survived a motion of no confidence in December 1978 by ten votes after negotiating the support of the Ulster Unionists (draft legislation was before the House to give Northern Ireland more Parliamentary seats; it cleared the House of Commons on 17 January 1979).

On 1 March 1979 a Referendum on the Scotland Act saw a majority vote for devolution, but a threshold imposed by anti-devolution MPs requiring 40% of the electorate to be in favour was not reached due to low turnout.[4] When the Government refused to implement the Act (per its special threshold legislative clause) the Scottish National Party MPs put down a motion of no confidence. After consulting with the Liberal Party to confirm that they were still supporting motions of no confidence, Leader of the Opposition, Margaret Thatcher put down an Opposition motion which took precedence. The debate was scheduled for Wednesday, 28 March 1979.[4]

The motion moved by Margaret Thatcher MP was "Mr. Speaker, I beg to move, ‘That this House has no confidence in Her Majesty's Government.’"[5]

"We can truly say that once the Leader of the Opposition discovered what the Liberals and the SNP would do, she found the courage of their convictions. So, tonight, the Conservative Party, which wants the Act repealed and opposes even devolution, will march through the Lobby with the SNP, which wants independence for Scotland, and with the Liberals, who want to keep the Act. What a massive display of unsullied principle! The minority parties have walked into a trap. If they win, there will be a general election. I am told that the current joke going around the House is that it is the first time in recorded history that turkeys have been known to vote for an early Christmas."

– James Callaghan during the No confidence debate[6]

As leader of the House of Commons, Michael Foot closed the debate. During his speech he made a widely quoted put-down of Liberal leader David Steel, describing him as having "passed from rising hope to elder statesman without any intervening period whatsoever".[7][8] 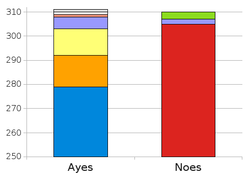 The government lost by one vote.[9] Margaret Thatcher initially believed she had lost the vote after a rough calculation as to the vote's outcome had been made without counting the two Conservative tellers who had counted the votes. Due to the closeness of the vote there is some debate as to whether deals could have been made which would have kept the Government in power. Had the vote been tied, the Speaker of the House of Commons, George Thomas, would likely have followed Speaker Denison's rule and used his casting vote in favour of the status quo and thus against the motion.[10] After the vote Conservative backbenchers cheered and Labour left-wingers sang "The Red Flag".[1]

Before the vote there were some discussions between Labour, the Ulster Unionists and Enoch Powell regarding a deal over a pipeline which would provide cheap energy to Northern Ireland. Callaghan was unwilling to support the proposal due to unhappiness with minority government. There were also discussions about a separate inflation index for Northern Ireland.[11]

One crucial vote was lost by Labour backbencher Sir Alfred Broughton who was unable to attend the vote due to ill health.[1] Broughton (professionally a doctor) was mortally ill and died a few days after the vote but was determined to come to Westminster if it meant saving the Government, although his own doctor was strongly opposed. Parliamentary procedure would have allowed his vote to be counted even if he remained within an ambulance at Speaker's Court. However, after a debate over what would happen if Broughton died en route, Callaghan finally decided that he would not risk Broughton's health by asking him to travel, a decision which was to bring down the Government.[2] Broughton died on 2 April 1979.

In the BBC documentary "A Parliamentary Coup" it was revealed that Bernard Weatherill played a critical role in the defeat of the government in the vote of confidence. As the vote loomed, Labour's deputy Chief Whip, Walter Harrison approached Weatherill to enforce the pairing convention that if a sick MP from the Government could not vote, an MP from the Opposition would abstain to compensate. Weatherill said that pairing had never been intended for votes on Matters of Confidence that meant the life or death of the Government and it would be impossible to find a Conservative MP who would agree to abstain. However, after a moment's reflection, he offered that he himself would abstain, because he felt it would be dishonourable to break his word with Harrison. Harrison was so impressed by Weatherill's offer – which would have effectively ended his political career – that he released Weatherill from his obligation and so the Government fell by one vote on the agreement of gentlemen.[12]

During the last year of the Callaghan government it proposed reinventing the one year Lib-Lab Pact which lapsed in July 1978, to include introducing a Freedom of Information Act, long proposed by the Liberals, although Callaghan himself was opposed to this kind of legislation. When the vote of no confidence came about, Liberal MP Clement Freud, a long-time campaigner for freedom of information, was expected to follow his party and vote with the Opposition. Freud, in Liverpool on the day of the vote, received a phone call from the Prime Minister's Office at 3:00 PM asking for him to miss his train back to London for the 10:00 PM vote of no-confidence. In exchange, a "looser" version of his proposed Freedom of Information Act would be enacted. He declined the offer and voted with his party.[13]

Plaid Cymru supported the Labour Government after extracting concessions from them.[11]

Without Broughton Labour needed the support of Irish MPs to tie the vote. Gerry Fitt, leader of the Social Democratic and Labour Party, was sympathetic to the Labour Party and Frank Maguire, an independent republican MP, had supported the government on previous knife-edge votes but were unhappy with proposals which would increase the number of constituencies in Northern Ireland and therefore increase Unionist representation. Fitt eventually decided to not support Labour but that he would campaign for them to be re-elected if they lost.[11] He urged Frank Maguire to do the same. Although not an abstentionist Member of Parliament, Maguire rarely attended the House of Commons. He told a journalist in London before the vote, "I have come over here to abstain in person."[14][15] The BBC documentary "A Parliamentary Coup" states that Frank Maguire's wife was (unknown to Fitt) sitting in the public gallery of the House of Commons and urged her husband not to vote after hearing Fitt.[15] 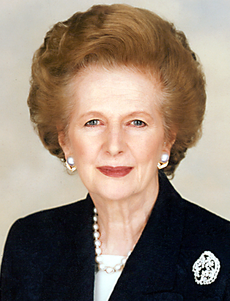 When a vote of no confidence is passed, Parliament must be dissolved - unless an alternative government can be formed. Callaghan called a general election, stating, "We shall take our case to the country." Parliament was not dissolved immediately after the vote: a couple of days' wash-up period was allowed for the completion of uncontroversial business, with 25 bills receiving royal assent on 2 April, including a stopgap Finance Act.[16][17] The resulting election was won by the Conservative Party and led to 18 years of Conservative rule. After losing, Callaghan remained Labour leader for another year before the succession of Michael Foot.[18]

The Scottish National Party also suffered in the 1979 general election, with its group reduced from 11 members to just two.[19] The Conservative government would repeal the Scotland Act and devolution was not enacted until the 1997 referendum, after Labour had returned to power at Westminster.[19]

The 2012 play This House by James Graham depicted the work of the Whips from both the Government and Opposition sides during the period of minuscule and no Labour majorities. It culminated with the vote of no confidence itself.