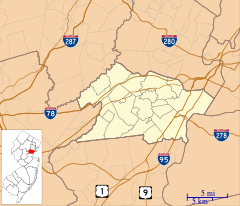 Nicklaus and Tom Weiskopf began the tournament by shooting a record-tying 63 in the first round on the Lower Course on Thursday.[4] Weiskopf, however, did not shoot better than 75 in any other round and finished 37th. After a second round 71, Nicklaus owned a two-stroke lead over Isao Aoki. Aoki, however, carded a third consecutive round of 68 in the third to tie Nicklaus. In the final round, Nicklaus birdied the 3rd after Aoki recorded a bogey on 2, taking a two-shot lead. Nicklaus, however, could not separate himself from his challenger. After he hit his approach to 3 feet on 10, Aoki made a long putt from the fringe for a birdie. On the 17th Nicklaus holed a 22-footer for birdie while Aoki made his own 5-footer for birdie. And at the 18th Nicklaus rolled in another birdie from 10-feet to win the championship.[5]

Nicklaus' winning total of 272 established a new tournament record, breaking his own record of 275 set in 1967, also at Baltusrol's Lower Course. He also tied Willie Anderson, Bobby Jones, and Ben Hogan by winning his fourth U.S. Open title.[5][6] Nicklaus had failed to win a tournament in 1979 for the first time in his career, and at 40 many believed his best days were behind him. He won four more times on the PGA Tour with two majors, including the PGA Championship two months later and the Masters in 1986.