The 2007 Vuelta a España, the sixty-second edition of the cycle race, took place from September 1 until September 23, 2007. For the first time in a decade, the race started in the region of Galicia, at Vigo, home to Óscar Pereiro, with a flat stage. It was also an unusual Vuelta because the first summit finish came already on the fourth day of racing, with a stage ending atop the famed Lagos de Covadonga. The race was won by Denis Menchov, who also won the Mountains competition and the combined classification, and finished second in the points competition.

Jersey wearers when same rider is leading more than one classification 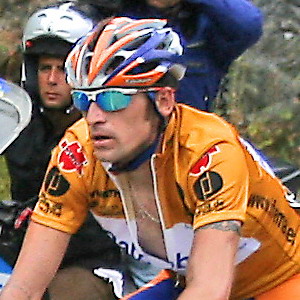 Denis Menchov in the Golden Jersey.

Main article: List of teams and cyclists in the 2007 Vuelta a España