The 2010–11 season in Liga Nacional de Fútbol de Honduras will be divided into two tournaments (Apertura and Clausura) and will determine the 57th and 58th champions in the history of the league. It will also provide two berths for the 2011–12 CONCACAF Champions League. The league will have a reserve tournament for the first time in history with players between 15 and 20 years old.[1] 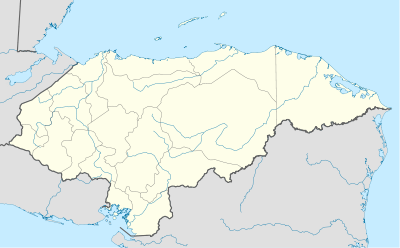 The Apertura tournament started on 7 August 2010 at Estadio Nilmo Edwards in La Ceiba with the game between Vida and Real España.[2]

The Clausura tournament started on 15 January 2011 with the game between reigning champions Real C.D. España who played against C.D.S. Vida.[3] The game ended with an unexpected 0–1 home defeat for Real España; Pompilio Cacho scored the first goal of the season.[4]
On 16 March 2011, the league decided to switch rounds 14 and 15, thereby the local derbies from 26–27 March don't interfere with the Honduras national football team fixtures.[5]
On 9 April 2011, C.D. Olimpia ensured its participation in the semifinals after defeating C.D. Marathón 0–1 at Estadio Francisco Morazán;[6] C.D. Motagua did it on 17 April 2011 in La Ceiba against C.D. Victoria with a 1–2 away victory;[7] and on the very last round, C.D.S. Vida and Marathón also joined to face C.D. Motagua and C.D. Olimpia on the semifinals respectively.[8] On 30 April 2011, C.D. Motagua earned a ticket to the Final after a 3–3 draw on aggregate against C.D.S. Vida;[9] C.D. Olimpia qualified against C.D. Marathón one day later.[10] As a result, the contenders of the Honduran Superclásico faced each other again for the sixth time in a Final series in the history of the league. Motagua rectified its good performance and with a 5–3 aggregate score defeated its main rival and obtained its 12th league title.[11]

Relegation was determined by the aggregated table of both Apertura and Clausura tournaments. On 17 April 2011 Hispano F.C. were mathematically relegated to the Liga de Ascenso after a 0–0 home draw against C.D. Marathón at Estadio Carlos Miranda.[13] Hispano played 6 season at Liga Nacional since 2005–06.