Rangers were confirmed as champions after a 3–0 home win over Airdrieonians on 12 March 2014. This secured the club's second successive divisional title and promotion to the second tier.[3] This was the earliest anyone had secured a championship title since Partick Thistle won the old First Division in 1975–76.[4] Rangers were presented with the trophy on 26 April after a 3–0 win against Stranraer at Ibrox.[5][6][7]

Rangers were promoted into the league as 2012–13 Scottish Third Division champions. Airdrieonians were automatically relegated into the league after finishing bottom of the First Division, while Dunfermline were relegated into the league by losing the First Division play-off final to Alloa Athletic, who took their place in the 2013–14 Scottish Championship. Queen of the South were also promoted to the Championship as last season's Second Division champions. East Fife maintained their status in this division by defeating Peterhead in the Second Division play-off final. Peterhead remained in the fourth tier. Albion Rovers were automatically relegated to the fourth tier by finishing bottom of last season's Second Division. 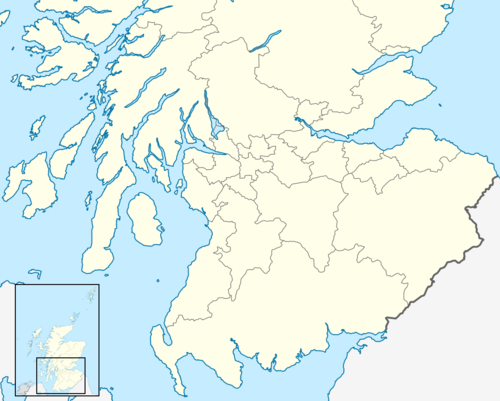 Stranraer
Location of teams in 2013–14 Scottish League One

Teams play each other four times in this league. In the first half of the season each team plays every other team twice (home and away) and then do the same in the second half of the season, for a total of 36 games