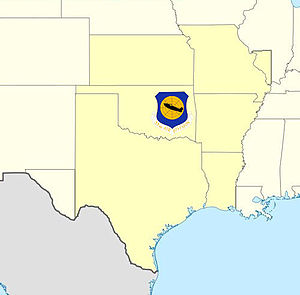 The 33d Air Division had air defense responsibility for an area encompassing Oklahoma, Arkansas, Texas, Louisiana, and parts of Kansas, Missouri, and Mississippi in March 1951. It was inactivated in June 1961.[1] 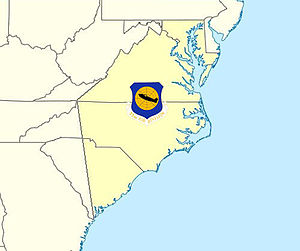 Activated again in 1966, replacing the Washington Air Defense Sector with its area changed to cover parts of North Carolina, South Carolina, and Virginia. Assumed additional designation of 33d NORAD Region after activation of the NORAD Combat Operations Center at the Cheyenne Mountain Complex, Colorado and reporting was transferred to NORAD from ADC at Ent Air Force Base in April 1966. The division supervised, administered, and trained its assigned units and, in doing so, participated in numerous live and simulated exercises.[1]