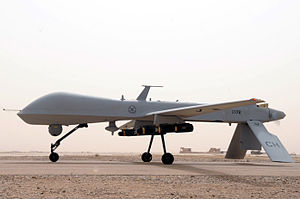 The 407 AEG provides air operations support for coalition air dominance, battlespace control, and security to advance the stabilization of southern Iraq. It provides coalition tactical airlift support with aerial port operations. The 407 AEG was the first Air Force unit to stand up combat operations within Iraq during Operation Iraqi Freedom.

The group traces its history back to the World War II 407th Bombardment Group (Dive) which was established 23 March 1943, at Drew Field, Florida. The air echelon was attached to Eleventh Air Force in Amchitka, Alaska, from 19 July to 15 August 1943, where it performed combat operations against the Japanese in the Aleutian Islands.

Approximately 500 active-duty Air Force, Guard and Reserve members are assigned to the 407 AEG during any given Air and Space Expeditionary Force rotation. It consists of the following squadrons:

In addition to its operational commitments, the 407 AEG is the Senior Airfield Authority at Ali Air Base, and is responsible for the defense, control, operations and maintenance of the airfield, land and facilities whose proximity affects airfield operations

The 407th AEG traces its history back to the 407th Bombardment Group (Dive) which was established 23 March 1943, at Drew Field, Florida. Its subordinate squadrons at that time included the 632d, 633d, 634th and 635th Bombardment (Dive) Squadrons. The air echelon was attached to Eleventh Air Force in Amchitka, Alaska, from 19 July to 15 August 1943, where it performed combat operations against the Japanese in the Aleutian Islands.

The 407th was redesignated the 407th Fighter-Bomber Group on 15 August 1943. At that time, the 632d, 633d and 634th were redesignated the 515th, 516th and 517th Fighter-Bomber Squadrons, respectively, and the 635th was disbanded. In 1943, the 407th flew the Douglas A-24 Banshee dive bombers; North American A-36 Invader dive bombers, P-51D Mustangs, and the P-47 Thunderbolt from 1943 to 1944 as part of the Army Air Forces School of Applied Tactics. In October 1943 the group moved the Lakeland Army Airfield, Florida, and then to Galveston Army Airfield, Texas in November where it trained for combat, and functioned as a replacement unit until 1 April 1944, when it was disestablished.

The 407th was reactivated as the Strategic Air Command 407th Strategic Fighter Wing at Great Falls AFB, Montana in 1953. While it was established on 23 March 1953 it was not activated until 18 December 1953. The wing was assigned to the Fifteenth Air Force and composed of the 407th Air Refueling Squadron with KB-29 Superfortress tankers and the 515th, 516th and 517th Strategic Fighter Squadrons, equipped with the Republic F-84G Thunderjet. Also assigned to the wing in "attached" status was the 91st Strategic Reconnaissance Squadron (20 December 1954 – 17 July 1955) with RF-84Ks. In 1955 KC-97s replaced the KB-29s.

Delays in delivery of the F-84Gs to the wing led to operational training not commencing until June 1954. Once operational, from August to November 1954, the 407th deployed to Misawa Air Base, Japan, where it provided air defense of northern Japan. In doing so, from 8 August to 10 November 1954 it was attached to the 39th Air Division (Defense). Returning to the United States, the wing sent its straight-winged F-84Gs to AMARC, and was re-equipped with newer and faster swept-wing F-84F Thunderstreaks. From Great Falls, the 407th provided long-range fighter escort and refueling for B-36 Peacemaker and B-50 Superfortress bombers.

The wing had a short life, as the strategic fighter doctrine was phased out of use beginning in 1956. The 407th SFW was inactivated on 1 July 1957.

The 407th was redesignated the 407th Air Expeditionary Group and later activated at Tallil Air Base (known as Ali Base), Iraq on 14 April 2003 as a subordinate to the 332d Air Expeditionary Wing, which was stationed at Al Jaber AB, Kuwait.

Throughout the summer of 2003, the mission at Ali Base (Tallil AB) expanded. The flightline became home to A-10s, C-130s and Predators. The 332d AEW then transferred from Al Jaber AB, Kuwait, to Ali Base on 5 August 2003. During that period, the wing's A-10s destroyed more than 1,100 targets during major combat operations of Operation Iraqi Freedom. It was also here that U.S. Special Forces staged and planned the rescue of Army Private 1st Class Jessica Lynch, and where the private was flown out of Iraq.