The 85th Group was the United States Air Force (USAF) component of U.S. Joint Forces Command's (USJFCOM) Iceland Defense Force (IDF).[2] the 85th Group was a tenant unit of U.S. Naval Air Station (NAS) Keflavík, strategically located on the North Atlantic Treaty Organization (NATO) base in the southwest corner of Iceland.[2] Reactivated in 1952, the 85th Group was an Independent Group comprising seven squadrons and 13 staff agencies, with more than 1300 people assigned.[2][3] Operationally, the group was assigned to the Iceland Defense Force (IDF) as part of Island Command Iceland.

The vital air defense mission were carried out by F-15 Eagle fighter aircraft of deployed temporary duty units rotating every 90 days to Iceland. While deployed to Keflavik, the F-15s were under the operational control of the 85th Operations Squadron (OS). The 85th OS's Tanker Flight oversaw the operations of deployed KC-135 Stratotanker and HC-130 Hercules refueling aircraft. 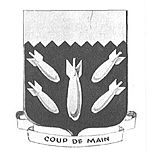 The earliest predecessor of the 85th Group was formed during World War II as the 85th Bombardment Group, a dive bomber unit equipped with Vultee V-72 Vengeance single-engine attack aircraft.[4] The group's original squadrons were the 305th,[5] 306th,[6] 307th,[7] and 308th Bombardment Squadrons.[8] It moved to Bowman Field, Kentucky to train for close air support and received its first aircraft there.[4][9] It converted to A-24 Banshee dive bombers in August 1942 and was reassigned to Fourth Air Force in California, taking part in training maneuvers at the Desert Training Center with Army ground units programmed for the Operation Torch landings in North Africa. It continued to participate in maneuvers in California during fall and winter of 1942–1943.[4]

The 85th returned to Third Air Force in Louisiana and re-equipped with North American A-36 Apache attack aircraft in early 1943, moving briefly to Kentucky for maneuvers.[4] The group then meved to Georgia with Curtiss P-40 Warhawk single-engine fighter aircraft in early 1944 as a Replacement Training Unit (RTU) for fighter-bomber pilots.[4] RTUs were oversized units designed to train replacement aircrew for assignment overseas.[10] In late 1943, it assumed a split operation as its 500th Fighter-Bomber Squadron (FBS) moved to Harris Neck Army Air Field, Georgia and its 502d FBS moved to Punta Gorda Army Air Field, Florida, while the group and remaining squadrons remained at Waycross Army Air Field. It received a few P-47 Thunderbolts in March 1944. It served as a RTU until it disbanded in early in 1944,[4] when like most RTUs and Operational Training Units its personnel, equipment, and training activities at Waycross were handed over to the 345th AAF Base Unit (Replacement Training Unit, Fighter).[11] Those at Punta Gorda became the duty of the 344th AAF Base Unit (Replacement Training Unit, Fighter)[12] and at Harris Neck of the 346th AAF Base Unit (Replacement Training Unit, Fighter).[13] This reorganization occurred because the AAF found that standard military units, based on relatively inflexible tables of organization were proving less well adapted to the mission. Accordingly, a more functional system was adopted in which each base was organized into a separate numbered unit.[14] 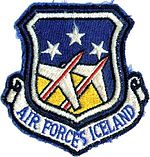 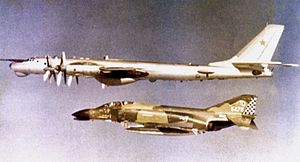 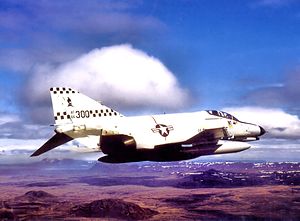 The second predecessor of the 85th Group was the Iceland Air Defense Force, which replaced the Iceland Base Command, which had been the headquarters for Army (and later Air Force) units stationed in Iceland since 1942 and was assigned to Military Air Transport Service (MATS). Between 1952 and 1961, provided air defense for Iceland, operated Keflavik Airport, and furnished base support for all U.S. military forces in Iceland.[15] Fighters assigned to the unit routinely intercepted Soviet Union aircraft flying in the Iceland area.[15] It performed its defense mission under North Atlantic Treaty Organization (NATO) as the Air Force component of NATO Iceland Defense Force. Keflavik Airport was transferred to the U.S. Navy on 30 June 1961, along with base support activities.

Air Forces Iceland continued the air defense mission of Iceland as a tenant organization at Keflavik. it was transferred from MATS to Air Defense Command in 1962; Tactical Air Command in 1978 and Air Combat Command in 1992 until it was inactivated in 1993 and replaced by the 35th Wing. In 1994, it was consolidated with the 85th Tactical Fighter Training Wing and activated to replace the 35th Wing to serve again as the headquarters for Air Force units in Iceland, as the 85th Wing.[15] It assumed the operational management of fighter and tanker aircraft deployed to Iceland to protect the nation's airspace.[15] It defended U.S. national interests in the North Atlantic and provided in the Iceland area.[15] In 2003, its 56th Rescue Squadron deployed to Liberia as part of Joint Task Force Liberia. It provided a peacekeeping presence over the capital of Monrovia towards the end of the Second Liberian Civil War and saved lives by extracting people from the United States Embassy in Monrovia.[3]

Air Force reductions and a new agreement with the Government of Iceland continued to affect Keflavik organizations. On 1 March 1995, the 57th Fighter Squadron was inactivated and the interceptor force was replaced by Regular Air Force and Air National Guard F-15 Eagle fighter aircraft rotating every 90 days to Iceland. The 85th Wing was reduced to a Group level in 1995 and supported rotational deployments. In 2002 jurisdiction of Air Force units in Iceland was transferred to the United States Air Forces in Europe.

The 85th Group continued to support rotational deployments until it was inactivated during a one-hour, formal ceremony on 28 June 2006, as a result of the Air Force reduction in forces in Iceland. All rotational fighters left and the 56th Rescue Squadron ceased operation at the end of the fiscal year.